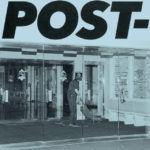 Waking up on New Year’s Day to see an album released from Jeff Rosenstock, who put out one of my favourite albums of 2016, was a great way to start the new year. With no announcement beforehand, this was a surprise to all of his fans. The Long Island punk rockers new album ventures into some different territories while still being true to his hard-hitting style and lyricism. … END_OF_DOCUMENT_TOKEN_TO_BE_REPLACED 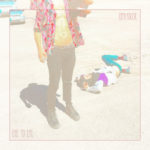 Right from Toronto, the up and coming art rock group Omhouse released their debut full length LP “Eye to Eye”, which achieves some great heights. Prior to this release, Omhouse has put out a few EP’s such as the self-titled “Omhouse”, “MOONEYE” and a few singles, and they embodied a more electronic sound that was developing but still promising. On this album, they … END_OF_DOCUMENT_TOKEN_TO_BE_REPLACED 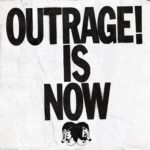 The Toronto dance-punk duo, Death from Above, gained enormous popularity in Toronto leading to international success in 2004 with the release of their debut album, You’re a Women, I’m a Machine. The band was on their way to stardom, but in 2005 they broke up leaving fans wondering what they could have achieved. 2011 marked the beginning of reunion tours, and in 2014 they … END_OF_DOCUMENT_TOKEN_TO_BE_REPLACED 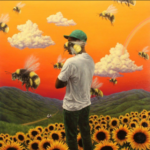 Officially known as Scum F**k Flower Boy (hereafter SFFB), the latest album by Tyler, the Creator is making waves on charts everywhere. It was named "Best New Music" hours after its release on July 21, and the single "Who Dat Boy" ft. A$AP Rocky was the #1 streamed song on Spotify that day, as well. I have to admit that after Tyler's last album, Cherry Bomb, I had very low … END_OF_DOCUMENT_TOKEN_TO_BE_REPLACED 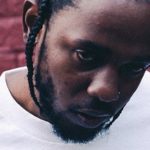 Technically, my time with Radio Laurier is over... but I couldn't resist jumping at the opportunity to review DAMN. by the one and only Kendrick Lamar. After the release of his acclaimed concept album To Pimp a Butterfly in 2015 and accompanying piece Untitled Unmastered in 2016, I was convinced that Kendrick would be on a break. Then, it happened. Out of nowhere, he dropped a … END_OF_DOCUMENT_TOKEN_TO_BE_REPLACED