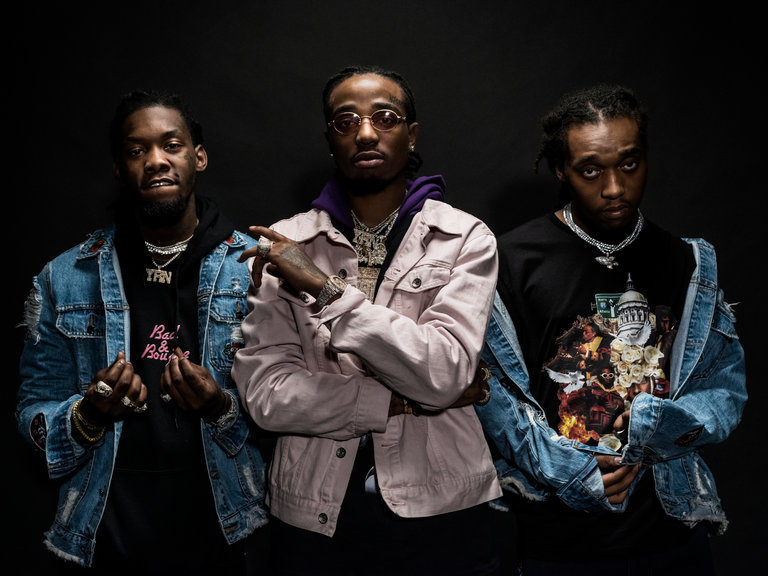 Donald Glover, a.k.a. Childish Gambino, set social media ablaze with all things Migos on January 8th when he shouted out the Atlanta hip-hop trio and their single “Bad and Boujee” during his first Golden Globes acceptance speech. The big ups to Migos increased Spotify streams of the single by a staggering 243 percent and it didn’t stop there—Glover confirmed an upcoming collaboration with the group and proclaimed Migos “the Beatles of this generation.” Currently, “Bad and Boujee” is the number one song on the Billboard 100.

Migos, no strangers to the charts, have ruled the past few years with singles such as “Versace” with a feature by Drake, “Look at my Dab,” and “Fight Night,” but would the string of successes continue for the trap trio upon the release of their latest musical effort?

With much hype and anticipation, Migos released their sophomore full-length album, Culture, on January 27th with features from heavy-hitters like Gucci Mane, Travis Scott, Lil Uzi Vert and 2 Chainz. Upon listening to the album through, I could not help but notice the vocal seamlessness of Qauvo, Offset, and Takeoff—a melodic and literal representation of their growth since their 2013 mixtape, Y.R.N. (Young Rich N****s). Migos’ growth spurt did not leave their signature catchy hooks and undeniable chemistry in the dust, but played on these strengths and set the bar for the future of hip-hop.

The Migos, without hesitation, have launched beyond notoriety into superstar status.

If you’re bad and boujee, you will (probably) like these tracks from Culture: