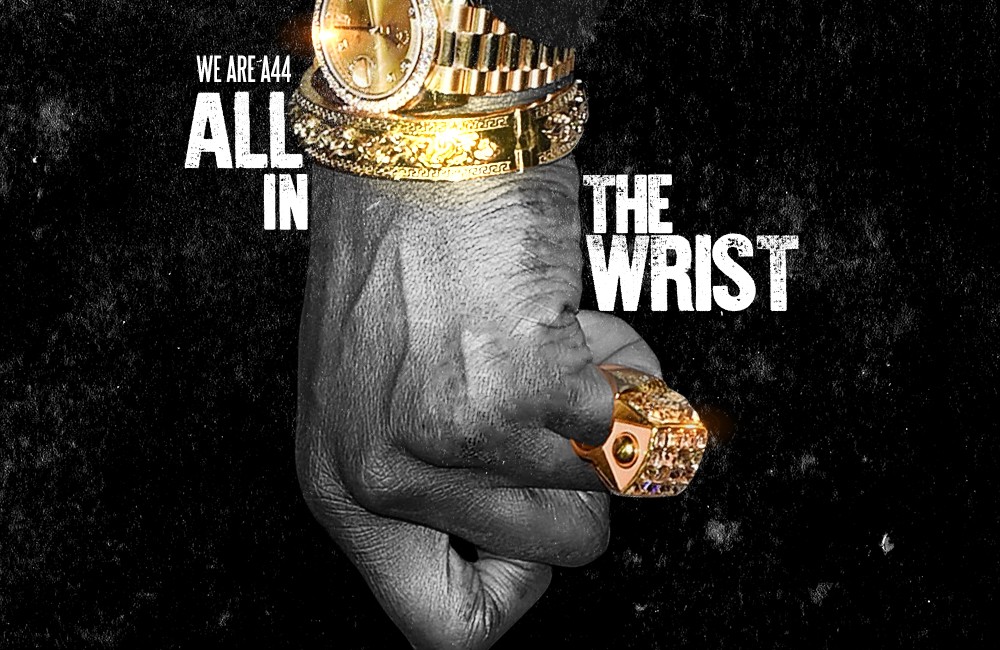 With the rise of auto tune in the music industry, the hip hop genre has been a pioneer in the use of auto tune. However, it seems as though mainstream hip hop relies too heavily on it at times. Furthermore when everyone jumps on the train it seems less individualistic and more “basic”. So when a rapper receives a compliment for their auto tune, it means a whole lot more than in most other genres. All of this is to say, when I say “all in the wrist” had excellent auto tuning I don’t mean it lightly. The auto tune consisted of a combination of a high pitched and low pitched rendition of A44’s voice creating a sound that always kept me on my toes. A common theme for “auto-tune rappers” is to put in more work on how the track sounds rather than focus on the lyrical side of their music. A44 isn’t much different in that he seems to put more work into the overall sound and the production than his actual lyrics. However it’s not to say he doesn’t have anything that’s “catchy”. In terms of word play he seems to have mastered how to say words for lack of better terms; in a cool way. Overall the production was very mainstream, reminiscent of Toronto’s Tory Lanez it’s filled with claps and snares. The drums were perhaps the strongest part of the production which makes sense as A44 music is all hip hop. Overall I would recommend A44 to anyone I know. His talent is undeniable and his lyrics are the stuck in your head kind. The only real criticism is the lack of individuality or uniqueness which is needed to make it one of the most competitive industries in the world. With time and effort no doubt that will come.