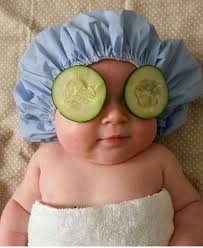 On this Thursday March 23rd, we observe the second to last airing of NextWeekNow with your host MCMac of this year. It’s sad but true. It was a shortened show again this week. We’ll figure out the technical errors eventually. I promise. On to the news!

A spa in Perth Australia has opened up exclusively for babies. Human babies. It is excruciatingly adorable and pointless but there are a lot of cute baby pictures.

The World Happiness Report of 2017 was released and Canada is in the top ten at seven. The list is led by Norway followed by all of Scandinavia then us.

Iron Fist has received bad critical approval almost exclusively since its release. The creators have been a little butt-hurt about it and have taken to blaming Donald Trump for being obnoxious or saying that the softly liberal can’t take the idea of a white guy not being ‘Oriental’ enough. What a collection of scumbags.

Black Panther will be coming out February of next year. Dope. The linked article is mostly a meaningless interview but that little nugget is at the end.

A shop in Cleveland Ohio created a giant ball of popcorn for New Years Eve. It was stolen this week… and then returned.

J & P Grocery has opened up in downtown Kitchener. It has taken hot minute, but maybe it’s going to be the best grocery store ever.

A plane going to Alaska had a loose snake on it. It was not venomous or dangerous in any way but wow people love snakes on planes. I wonder why?

Batman was in Montreal this week helping people dig out their cars.

A piece of space junk created in 2007 by the Chinese has a twitter account. It’s a real poet.

Some research has found that the blood of the young might be able to help reduce the effects of aging. I don’t know if it requires consumption, injection, sacrifice or what but still.

There is some new research that I cannot explain in any way but it focuses on the idea that light may be able to slow down. Somehow.

I recently discovered a fascinating new site. If you are a comic boo fan you might like this. Particularly if you think DC are nuts with how they handle their intellectual properties. It’s called “Has DC done Something Stupid Today?”

Superbad came out 10 years ago. Time flies, eh? I remember that movie being new. The linked article has reviews of a few ‘super bad’ comedies that came out since the film. I do not agree with all of the reviews but most of them seem pretty on point.

John Goodman got a star on the Hollywood walk of fame and Jeff Bridges came by to show that the Dude abides.

This is the second last show of this semester. Keep your head up and push through, we are almost there. I’ll talk to you NextWeekNow.

The Viking Influence on Canada way have once been colonizing but now it’s smiles:

Any article that uses the phrase ‘covert sexual experiences’ is going to be good:

Monkey-Fighting Snakes On This Monday To Friday Plane:

The Hero That We Have, But Not The One We Need Right Now:

“I was born in space. My parents were the weather satellite and the missile”:

This is an article where you read the headline and go ‘Crap. This can’t be good”:

As Of Posting This, It Has Been 97 Days Since DC Did Something Stupid:

“Wait… you changed your name to… McLovin?”:

That Star Really Pulls The Street Together:

Release the Venom into my bloodstream: