University of Toronto Strike Over  Teaching Assistants at The University of Toronto have voted to enter arbitration yesterday, with just five days remaining in the academic year. Union Members voted 942 to 318 in favour of binding arbitration. University President Meric Gertler thanked students for their patience in enduring "uncertainty and anxiety at a crucial … END_OF_DOCUMENT_TOKEN_TO_BE_REPLACED

Premier Kathleen Wynne Initiates Libel Action against Tory MPP`s  Ontario Premier Kathleen Wynne has launched a $2 million libel action against Former Progressive Conservative Leader Tim Hudak and MPP Lisa MacLeod. The legal battle is related to allegations made against Wynne during the Gas Plant Scandal. Sources have said that the impasse is so bad that even lawyers whose … END_OF_DOCUMENT_TOKEN_TO_BE_REPLACED 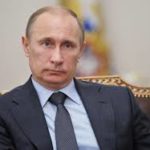 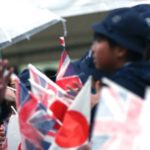 Jian Ghomeshi Trial Postponed Former CBC Radio Host Jian Ghomeshi`s sexual assault case has been postponed until March. 27th. Ghomeshi was scheduled to appear in court on February.26th. The latest turn of events comes in the wake of the granting of bail for Mr. Ghomeshi. The Ex-CBC Star was granted bail on November.26th on the conditions that he surrender his … END_OF_DOCUMENT_TOKEN_TO_BE_REPLACED 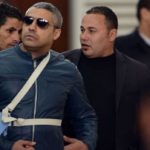 Canadian journalist Mohamed Fahmy released on bail Canadian Journalist Mohamed Fahmy has been released from a Cairo, Egypt jail on bail. The bail was set at $41,000 Canadian Dollars. His brother tweeted that , “ he had been released on bail his first taste of freedom since Dec.29th , 2013. Prime Minister Stephen Harper has continued to advocate for his release. Fahmy`s … END_OF_DOCUMENT_TOKEN_TO_BE_REPLACED