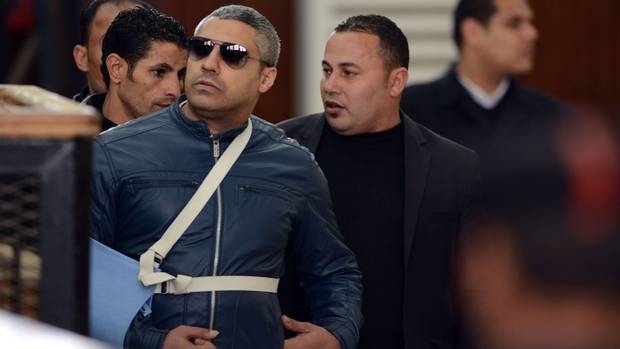 Canadian Journalist Mohamed Fahmy has been released from a Cairo, Egypt jail on bail. The bail was set at $41,000 Canadian Dollars. His brother tweeted that , “ he had been released on bail his first taste of freedom since Dec.29th , 2013. Prime Minister Stephen Harper has continued to advocate for his release.

Fahmy`s story has also continued to dominant national headlines in Canada because of the targeted nature of the incident. Although Fahmy is a Canadian Citizen, his background is Egyptian. He is widely acclaimed for having been a ground breaking figure for Egyptian-Canadians in the media industry. The arrest of him as a prominent Egyptian-Canadian journalist within Egypt is therefore ironic.

Given the turbulent Egyptian Revolution in 2011 and the subsequent political instability it only serves to remind us of the value of being Canadian. Fahmy along with his colleagues Peter Greste and Baher Ghorab were charged with: 1)  Being members of a terrorist organisation, as the Egyptian government has designated the Muslim Brotherhood, 2) Aiding and funding the group 3) Broadcasting false news and reports of civil strife in Egypt, 4) Operating without licenses.

The Sun News Network Signing Off

The Sun News Network is going off air. The network launched in 2011 promising “hard news and straight talk” will officially go off air Friday.

The announcement comes in the wake of the acquisition of Sun Media by Postmedia Network Corp. Postmedia would like to focus it`s efforts on Newspaper development in the face of a generation which favours more progressive views.

The Newspaper was purchased for $316 million. The network simply failed to attract viewers.

Prime Minister Stephen Harper announced on Thursday that his Government intends to appeal a ruling by The Federal Court of Canada which would allow people to wear veils during citizenship ceremonies. Harper said it`s “offensive” that someone would want to hide their identity at the very moment when they are committing to joining the Canadian family.

The announcement comes in the wake of a series of bitter disputes between the Prime Minister and Senior Federal Judges, most notably Chief Justice Beverly McLaughlin. Harper went on to say , “that is not the way we do things (in Canada)”. The Ruling by the Federal Court was in response to allow Zunera Ishaq, a Mississauga resident, to reschedule a new citizenship ceremony. Ishaq who was a High School Teacher in her Native Pakistan said, “ she risked her own citizenship in Canada to fight for her rights”.

The appeal is widely seen as apart of a series of Nationalistic fronts by the Harper Government.

Cineplex Odeon saw a rise in profits in the last quarter despite an underwhelming movie line up, most notably the controversial release of The North Korean Comedy, The Interview. The Exhibitor said Thursday that profits rose 59 percent to $32.1 million during the final three months compared to $20.2 million or 32 cents per share in the same period in 2013.

The Cinema has been widely praised as a Canadian success story in wake of the rise of Netflix. A large portion of the company success has been credited to capitalizing on everyone outside the baby boom echo.

CEO Ellis Jacob noted that Cineplex was trying to move away from Hollywood as the primary driver of it`s line up, and shift to e-commerce, advertising, food services and live events.