Yes, I have in fact been watching WAY too much Full House lately.

So we’re back again with our Radio Laurier Mid-Week Update, it’s only been 7 days but I’ve missed you, have you missed me? Probably not…ANYWAY we’re keeping up our end of the bargain and coming at you once again for another update, can you believe it! I know it’s just crazy, but we’re throwing caution to the wind and doing it again!

Without further adieu, LETS GET INTO IT! 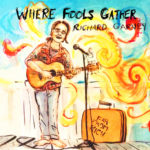 LOCAL UPDATE! Let’s start with a local update! Local artist and incredibly talented Richard Garvey had the release show last Sunday June 7th at the Queens St Commons in KW for his latest album “Where Fools Gather”, did you get a chance to be at the show? Voted “ Best Local Musician” in our WLSUP’s Brother from another Mother The Community Edition’s “The Best of Waterloo Region”  The album is just incredible, and to prove it we have a review for this album, stay tuned for more info and update on this amazing local talent! (How many times was the word local said in this update? Submit your answer for a chance to win a hardy high-five!) 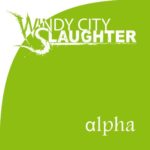 Windy City Slaughter is a new deathcore band coming out of Grade Prairie, Alberta. Their music draws upon dark imagery to get their messages across found in their lyrics focusing on facing fears and overcoming them. They are a four piece band comprised of vocals, bass, drums and guitar, as well as interesting additions like their signature Pig Squeals! Oink! WCS is currently touring across Canada this June with their last show THIS SATURDAY at Dstrct (19+) in Guelph promoting their newest 6 track demo “Alpha”! If you’re a fan of Protest the Hero, Suicide Silence, Bring Me The Horizon or any others like that then you’ll love these guys! If you have a chance to make it out to the show let us know your thoughts!

OKAY SO this isn’t directly music related BUT I think it’s actually pretty cool, remember k-os? No not Kris-Kross! The Canadian rapper, K-OS! WELL he has hooked up with Beau’s All Natural Brewing Company to make a new beer called “Golden Vox” which is set to be release at the Session Toronto Craft Beer Festival on June 13th. 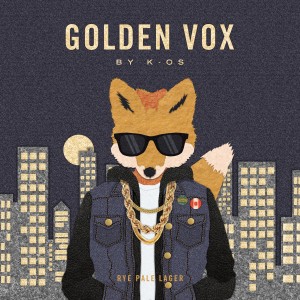 NEXT! Bad Channels is a Toronto based electronic duo made up of Nick Grottick and Jess Gierusz who meet as teeners and morphed into what is now Bad Channels in 2012! Originally producers, they have now released their first single “Sad Channels” with Buzz Records. It is said that this release is a “high point” for Bad Channel, but since it’s sad and bad should it be considered a low point, I’m not sure how this all works! BUT what I do know is that it is a great single and really showcases their producing talent as well as their artistic side. Next Saturday, June 20th is their first show for this single in Toronto at the Horseshoe Tavern BUT they will also being in Guelph at Jimmy Jazz on July 18th so if you miss them downtown head to Guelph! 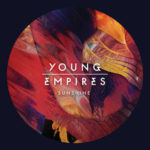 A new single was released on Friday June 5th from the three piece band Young Empires! The newest single “Sunshine” is a track that will be found on their debut album being released later this year. You can listen to the track via Soundcloud or Spotify.

Well that’s all I’ve got for you this week! If YOU have something important that you want to be featured in our weekly updates please e-mail us at publicrelations@radiolaurier.com. If you’ve got any questions, message us on any of our platforms, on this post or go to our Contact page to find who is best to contact! You’ll notice we have quite a few vacant positions up there and that is because WE ARE STILL HIRING! Apply today but e-mailing Meghan at station.manager@radiolaurier.com! See I even saved you a full 5 seconds by telling you her name so you wouldn’t have to look it up yourself! (You’re welcome!) 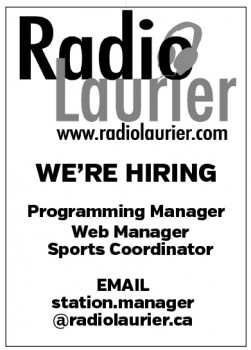