ATTENTION ATTENTION: THIS IS NOT A DRILL! Tonight, on The Boiling Point, after a two week hiatus we'll tackle the growing snowball of controversy happening in the United States Presidential administration, complete with an analysis of the most recent scandal around the appointed Attorney General - Jeff Sessions. We'll also recap recent events that made headlines in … END_OF_DOCUMENT_TOKEN_TO_BE_REPLACED 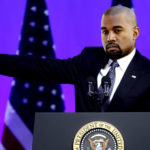 Blog #7 The West Wing: Episode 2 There’s movement on the presidential front. According to sources, Kanye West says he’ll be giving free Yeezy Boosts to everyone. Awesome right? Maybe not for Adidas but then again one of their lead designers would be running the country, so maybe it’s a fair trade after all. The White house has also commented on the situation, wondering … END_OF_DOCUMENT_TOKEN_TO_BE_REPLACED 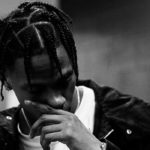 Beam Me Up Scotty The Internet always seems to operate at its best whenever there’s a highly anticipated album about to drop. This time was no exception as fans now have their hands on Travis Scott’s Rodeo in all of its chaotic lean-fueled glory days before its original release date. While the album doesn’t have much direction, personality or sense, all 16 tracks bang as … END_OF_DOCUMENT_TOKEN_TO_BE_REPLACED