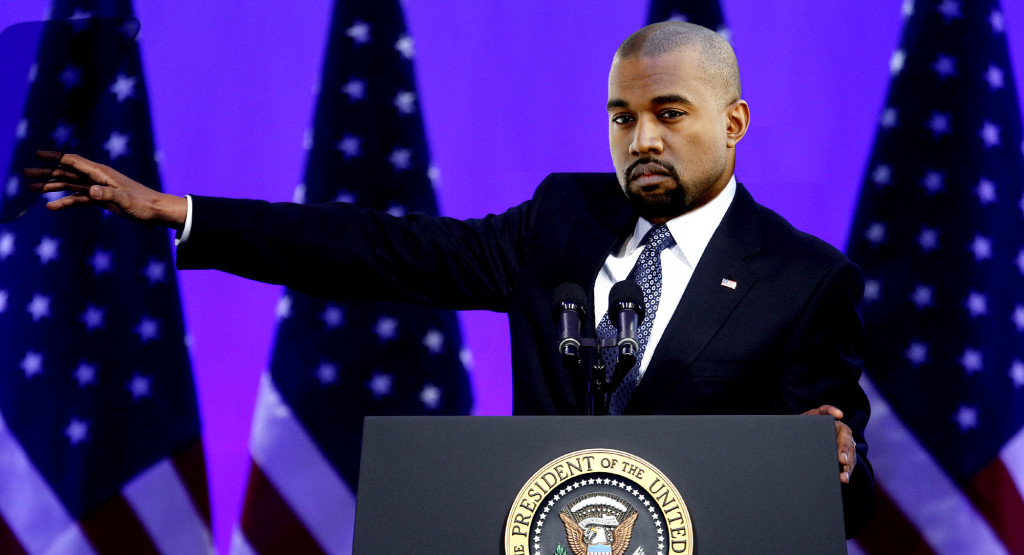 There’s movement on the presidential front. According to sources, Kanye West says he’ll be giving free Yeezy Boosts to everyone. Awesome right? Maybe not for Adidas but then again one of their lead designers would be running the country, so maybe it’s a fair trade after all. The White house has also commented on the situation, wondering what Mr. West will choose as his campaign slogan.  Here at The Rap Up we think it might be a play on “Alll Day”… “How long you been in the oval office? 8 years playa”… clever right?

Coming in at #1 on the Billboard Top 200 albums probably feels pretty damn good, and bringing home the second largest first-week sales in 2015 is just icing on the already enormously large and successful cake. It’s also being reported that The Weeknd and Bella Hadid are now dating. Now she is just as young as Kylie Jenner, but we’ll give him the pass this one time. Look for The Weeknd to get several nods at this year’s Grammy’s and continue to light the stage on fire regardless of the venue. With Drake & The Weeknd bringing in the largest first week sales in Hip-Hop/R&B 2015, it’s safe to say OVO/XO has put Canada on its back doe.

Dan’s Picks: Dan Douglas is your new Rap Up co-host! So why not get to know him a little better?