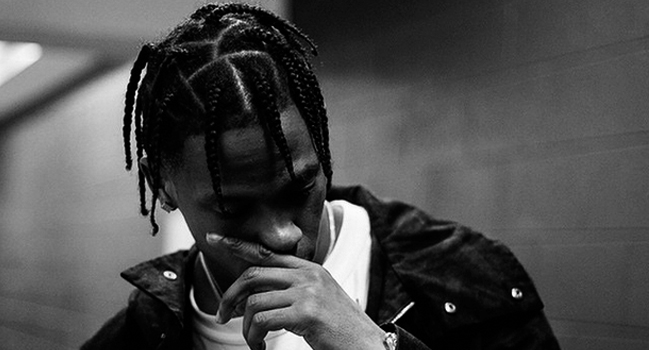 Beam Me Up Scotty

The Internet always seems to operate at its best whenever there’s a highly anticipated album about to drop. This time was no exception as fans now have their hands on Travis Scott’s Rodeo in all of its chaotic lean-fueled glory days before its original release date. While the album doesn’t have much direction, personality or sense, all 16 tracks bang as hard as you could hope for, and can be best described as drug induced space-rap. And we mean space, as in chrome helmets, lazers and spaceship parties. Most of the sounds used are unusual, futuristic, grimy and require a high end speaker system with tons of bass to truly be appreciated. Definitely the album to be bumping on your friend’s new car stereo.

As the internet scrambles to concoct the cleverest pun for this situation, Kanye West prepares to run for President of The United States. No you didn’t read that wrong, but we understand if you really want to double check. During the MTV VMA’s last Sunday, Kanye West was not only presented an award by none other than Taylor Swift who years before was interrupted by Kanye while receiving an award herself, but continued on to deliver a speech as confusing as it was entertaining. In that speech he made many notable and unusual quotes but none was better than admitting to “rolling one up” before coming on stage. Soon after, Mr. West practically broke twitter with his announcement that he’s running for presidential office in the year 2020, but hey, if that walking hair piece they call Donald Trump can be taken seriously, so can Yeezy.

It shouldn’t be any surprise James Harden’s birthday bashes are better than yours. After all, hosted by the Kardashians on a yacht is the way to do it. Throw in a lot of famous friends, couple photo bombs, an epic fireworks show and an all-white dress code and all of sudden you’re almost at P. Diddy level. Harden’s girlfriend Khloe Kardashian was present with most of her family including Kim, Kanye, Tyga and Kylie Jenner who all participated in some photo booth antics. Congrats on turning 26 James!

By My Lonesome – Trizz & Chuuwee

Nothin at all – Trizz & Chuuwee

All That Shines – Vic Mensa