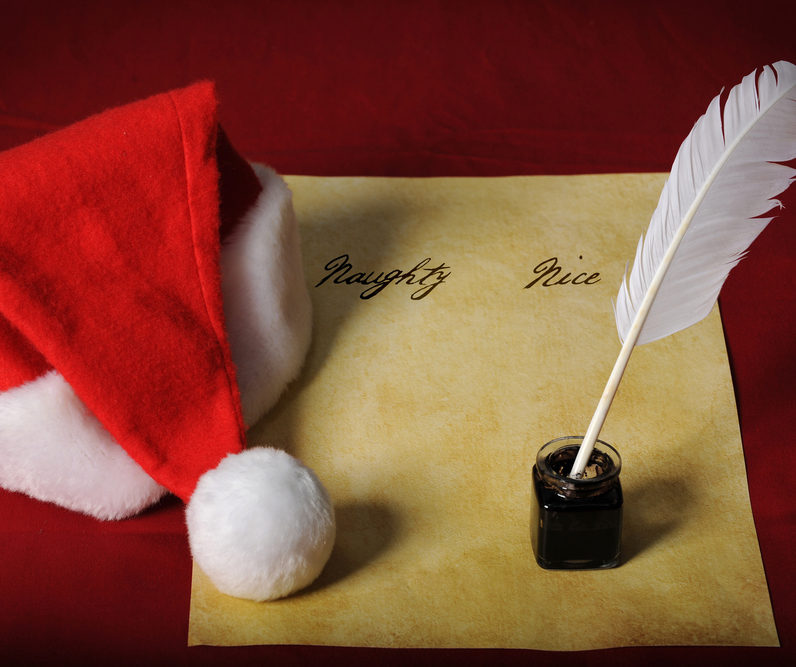 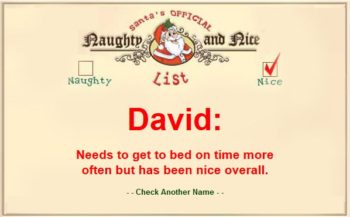 Today we had a Radio Laurier staff general meeting where we covered internal standards for the blogs here so I’m going to do my best to align myself with the rules that I did not yet know.

In the news of the show, religious groups are hitting hard this week. The American Family Association has created a ‘Naughty and Nice’ List of company that aren’t Christian enough for them. Just so you know there are several major religious holidays that are not Christian that happen during December. Leah Remini is asking for $1.5 million in damages from the church of Scientology and they are not playing nice. In the North Korean capital of Pyongyang, people are insulting their glorious leader calling him a ‘pig’ and ‘incompetent child’. I’ve heard non-North Koreans insulting Kim Jong Un, but reporting the population of the capital hitting just as hard is new. Nearby, in South Korea, the government has been purchasing a large amount of erectile dysfunction pills both Viagra and several off-brands versions.

Speaking of lying, a young boy in Norway came up with an extravagant lie that did not fool police. In Twitter news, the CEO of Twitter, Jack Dorsey, had his Twitter account; @Jack was shut down by accident this week sparking worry that there were several users who had experienced a needless shutdown as well. An explosion of hate has also occurred revolving around the cast of the play Hamilton and speaking to Mike Pence, and some of the hate was accidentally thrown at the Hamilton Theatre who have nothing to do with the play. Speaking of Pence, Planned Parenthood has received more than 50,000 donations in the name of Mike Pence since the election. An Irish waiter was tipped $750 to pay for his plane ticket home from a nice customer, and a bull in Regina slowed traffic down during rush hour. Finally, the British Premiere League has again this year started the Rainbow Laces campaign in support of LGBT+ players and fans.

Some Other Radio Laurier Shows: