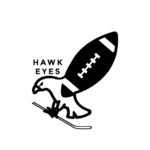 Football: The Golden Hawks continued their season with three big games against York, Guelph, and McMaster to end the season that were vital to playoff positioning. The game against York proved to be a true test as we saw rookies like Mario Pineda make his first OUA start at line backer and he excelled in his debut helping Laurier to a 53-31 victory. The 2nd last game of the … END_OF_DOCUMENT_TOKEN_TO_BE_REPLACED