The Golden Hawks continued their season with three big games against York, Guelph, and McMaster to end the season that were vital to playoff positioning. The game against York proved to be a true test as we saw rookies like Mario Pineda make his first OUA start at line backer and he excelled in his debut helping Laurier to a 53-31 victory. The 2nd last game of the season against Guelph proved to be a real wake up call for the Golden Hawks as nothing was clicking for the offence this game ending in not a only a 24-14 Golden Hawks loss, but also the loss of QB Michael Kneval to a Concussion. The final regular season game proved to have huge playoff implications as Laurier was jockeying for the 2nd seed and a first round bye. In this game we saw the debut of Tristan Arndt as helped lead the golden hawks to a 40-15 victory as well as Kurleigh Gittens Jr. setting the record receptions in a single season with 75. Next up for the Golden hawks is the Yates Cup rematch against the Western Mustangs

The mens’ soccer team were able to turn their fortunes around in the month of October ending the month with a record of 1-3-1. They opened the month with a hard fought loss at the hands of the Guelph gryphons by a score of 3-1 but then were able to battle back against the Waterloo Warriors to a 0-0 draw. The following week agains the rival Western Mustangs Marik Bronfield was able to lead the way and score the game’s lone goal and behind some stellar goaltending by keeper Rocco Strazzella the Golden Hawks were able to win the game with a final score of      1-0. The Hawks then ended their season with a pair of 0-0 draws against Windsor and Brock. The Men unfortunately were unable to make the playoffs this season but did end on strong note and will be looking to carry that into next season.

The women’s soccer team were able to keep their momentum from winning the last 2 games in September and carry it over into October as they finished the regular season with a record of 0-4-1. Sticking with their opponents each and every game the women were able to secure a key point in 4 out of their 5 matches helping them secure a playoff position. The ladies continued to carry their momentum into the playoffs as they were able to take down McMaster in the first round by a final score of 2-0. In the semis the women’s’ team gave it their all and fought a hard match but unfortunately fell short to the Guelph Gryphons ending their magical season. It was a tremendous season for the women’s team making it all the way to the semi’s being a huge accomplishment on it’s own and they’ll be looking to duplicate their success next season with the championship trophy in their sights 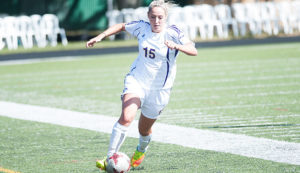 The men’s baseball team looked to continue their stellar season into the month of October and were able to finish the month with a record of 3-1. With a sweep against Western and a split decision against UofT the men’s team were looking prime for a deep playoff run. They brought the heat in the first round with an outstanding effort from the team prevailing against McMaster in the quarter finals with a score of 2-0. They continued the hot bats and brought it the university of Queens and were able to escape a nail biter with a final score of 5-4. In the finals the hawks continued to battle and fought a tough match against Toronto but fell just short just missing out on the championship trophy but still were able to finish a very respectable 2nd place. The Hawks had an outstanding season with some great performances all around, they’ll be looking to bring the same effort into next season and hopefully when they’ll be out looking for revenge. 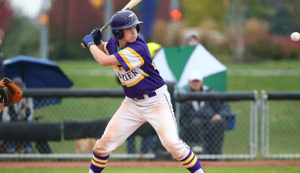