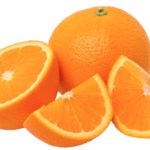 DJ Deej and DJ S-Goods were all about WayHome last night. The arts and music festival, which is going into its second year, released their entire line-up. The ladies confirmed that they will not be in attendance. Deej says that she does not see the coherence, and after attending last year and therefore having such high expectations, she wanted to see more from the festival. … END_OF_DOCUMENT_TOKEN_TO_BE_REPLACED