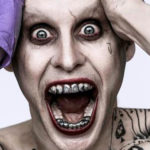 In Film News this week we’ve got four stories from Cinema Blend. First is some hilarious news out of Russia about the horribly received sequel to Paul Blart Mall Cop. The film that no one particularly wanted and which to most reviewers seemed to be a thinly veiled attempt to send Kevin James on a vacation to vegas has been banned from Russian theatres! No word yet on why … END_OF_DOCUMENT_TOKEN_TO_BE_REPLACED