panic! at the disco 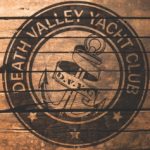 What began as an almost spontaneous decision in 2011 between two Toronto natives, Kevin Mac and Dan Slater, to start a two man rock duo, a la the Black Keys, would eventually escalate to a four piece band now known as The Death Valley Yacht Club with their very own EP, Live Off The Floor, released on May 15th 2015. After a series of name changes, and craigslist postings the … END_OF_DOCUMENT_TOKEN_TO_BE_REPLACED 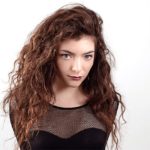 On today's show we will be discussing Miley (as usual), Demi, Rihanna and Lorde (picture above). Tune in to find out the latest on those gals and more. We'll also be playing one of Panic! At The Disco's singles from their new album "Too Weird To Live, Too Rare To Die!". Here is the video for the single Girls Girls Boys: http://www.youtube.com/watch?v=Yk8jV7r6VMk Here is … END_OF_DOCUMENT_TOKEN_TO_BE_REPLACED