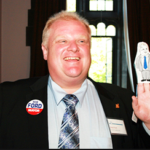 The three amigos were back in the studio last night. A lot happened in the news yesterday, perhaps the biggest being the terrorist attack in Belgium. The death toll in Brussels was capped at 31, and over 270 people were injured. ISIS has claimed responsibility for the attacks in question. After an 18-month-long battle with cancer, former Toronto Mayor Rob Ford passed away. … END_OF_DOCUMENT_TOKEN_TO_BE_REPLACED