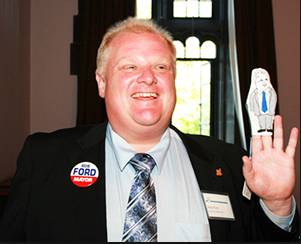 The three amigos were back in the studio last night. A lot happened in the news yesterday, perhaps the biggest being the terrorist attack in Belgium. The death toll in Brussels was capped at 31, and over 270 people were injured. ISIS has claimed responsibility for the attacks in question.

After an 18-month-long battle with cancer, former Toronto Mayor Rob Ford passed away. He was only 46 years old. He was transported to palliative care yesterday, and was surrounded by his family when he died, at Mount Sinai Hospital.

All of the DJs are super stoked for the film Sausage Party, starring Seth Rogen, James Franco, and the rest of the usual suspects. Batman vs. Superman is also set to release this weekend. S-Goods and Stretch are Team Superman, and Deej is Team Batman. What time are you on?