Good afternoon, Golden Hawks! On our show this week we aired the March 8th Electro-Acoustics Concert, which took place in the Maureen Forrester Recital Hall. Works included a broad spectrum of electronic sound sources mingling with carefully written acoustics instruments. Some were emotional, others invigorating, and then we heard some comedic works. Be sure to come on out to … END_OF_DOCUMENT_TOKEN_TO_BE_REPLACED

This week was another exciting week for your hosts, James and James.  We were able to get our hands on another "bootleg" CD of a past Student Composer's Concert back from 2010.  There were some familiar names on the CD, but for the most part it was all fresh material for The Sound.  Back in the day, the Student Composer Concerts were more than just compositions; they also … END_OF_DOCUMENT_TOKEN_TO_BE_REPLACED

We kicked February off with an hour-long recording of Laurier's own Free Improv Renegade Ensemble (FIRE). The concert was held at the Button Factory in April of 2010, the final FIRE concert of that season. FIRE is still continuing today, with workshops every Monday night in the John Aird Building. For all those interested in checking it out, here's a link to their Facebook … END_OF_DOCUMENT_TOKEN_TO_BE_REPLACED 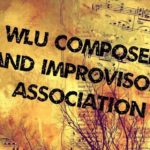 This week the CIA played an hour long piece by Manuel Gottsching, titled E2-E4.  The piece is very minimalist, and shows off Manuel's guitar skills.  The constant driving pulse of the piece is very similar to Music for 18 Musicians by Steve Reich.  The reason why we played such a piece is because we wanted to give the listener a very ambient feel for a long duration of time, … END_OF_DOCUMENT_TOKEN_TO_BE_REPLACED

Well Radio Laurier listeners, it's a new year and that means plenty of new music and discussion with James & James. Our first show back on the air saw guest host Hilary Whiskin posing thoughtful questions regarding the modern musician's life. If you happened to miss this one, check it out on our soundcloud page: https://soundcloud.com/wlu-cia It was an … END_OF_DOCUMENT_TOKEN_TO_BE_REPLACED