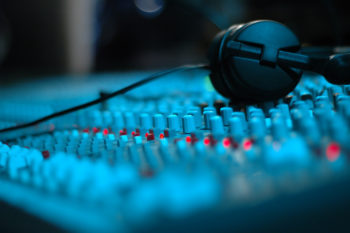 This week was another exciting week for your hosts, James and James.  We were able to get our hands on another “bootleg” CD of a past Student Composer’s Concert back from 2010.  There were some familiar names on the CD, but for the most part it was all fresh material for The Sound.  Back in the day, the Student Composer Concerts were more than just compositions; they also featured improvisations from both FIRE and ICE improv groups.  The CD is 9 tracks long, and features two improvised pieces by FIRE.  But before we played the music of the concert, we talked about the previous, more recent Student Composer Concert that took place last Wednesday.  There was a ton of variety on this concert, which consisted of 13 pieces.  There was piano solos, sound installations, and much more.  Anyways, here is a track listing that was played today, all of which were debuted in 2010:

Daniel Turner – Ode to a Bullfrog

Matt Donnelly – Journey with the Outsiders

There are no upcoming concerts this week.