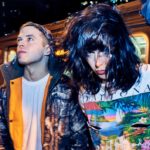 This week, we travelled to The Mod Club in Toronto to see American aggro pop duo, Sleigh Bells with support from local Toronto DJ, Casey MQ. This tour marks the debut of Sleigh Bells' mini LP, Kid Kruschev, which we've been blasting on repeat since its release in November. Kicking off the show with an electronic set, Casey MQ shocked the audience with his soulful vocals … END_OF_DOCUMENT_TOKEN_TO_BE_REPLACED 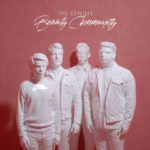 On Saturday, December 2nd, we had the pleasure of attending The Elwins and Jukebox the Ghost show at Starlight Social Club in Waterloo. This was our first time attending a show at Starlight, but we were pleasantly surprised by the intimacy of the venue. The show began with a smaller audience, which grew as the night went on – both in size and in enthusiasm. Jukebox the Ghost … END_OF_DOCUMENT_TOKEN_TO_BE_REPLACED

ERIN ANDREWS WINS $55 MILLION LAWSUIT On Monday, FOX Sportscaster, Erin Andrews was awarded $55 Million from the jury in her lawsuit against convicted stalker, Michael David Barrett. The trial dates back to 2008, when Barrett secretly filmed Andrews through removing her hotel room peepholes in Nashville, Tennessee and Columbus, Ohio. Originally, Andrews wanted to sue for … END_OF_DOCUMENT_TOKEN_TO_BE_REPLACED

European Refugee Crises Worsens at Greece-Macedonia Border As of yesterday, an estimated 10,000 Syrian and Iraqi refugees were left stranded at the Greece-Macedonia border while it was shut down. The border was officially closed for a 24 hour period after migrant protests led to clashes with the police. This backlog of migrants has left some families stranded for over a … END_OF_DOCUMENT_TOKEN_TO_BE_REPLACED

UPDATE ON JIAN GHOMESHI TRIALS Yesterday, a fourth witness came forward during the Jian Ghomeshi sexual assault trials. The witness is prepared to testify for actress, Lucy DeCoutere, who was allegedly choked and beaten by the former CBC Radio host. DeCoutere makes up one of three victims who have come forward in Ghomeshi’s sexual and physical assault trial. Jian … END_OF_DOCUMENT_TOKEN_TO_BE_REPLACED