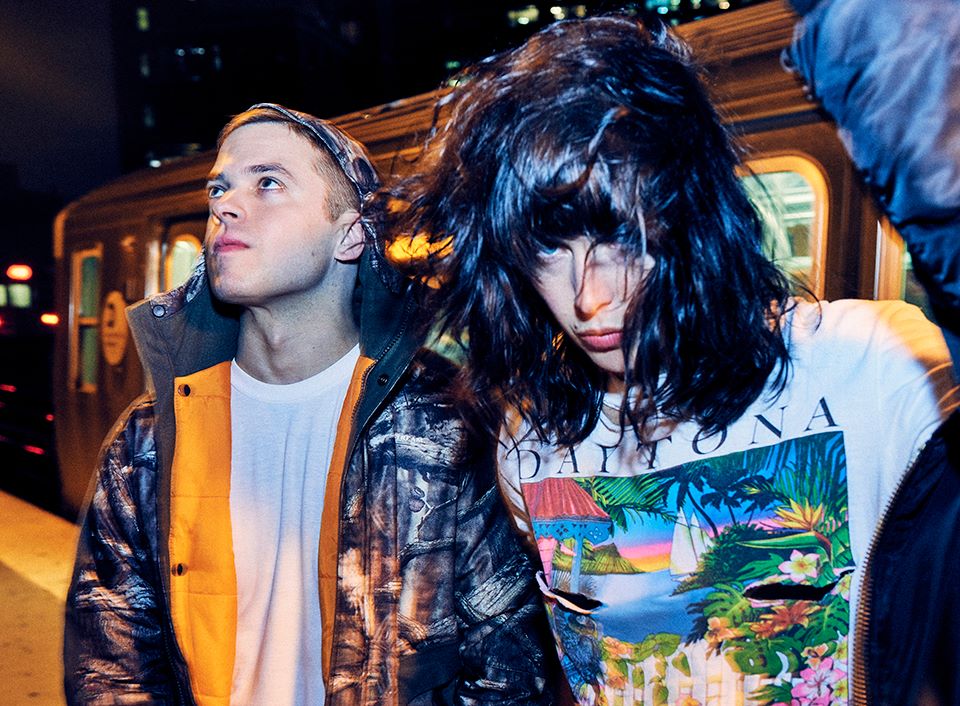 This week, we travelled to The Mod Club in Toronto to see American aggro pop duo, Sleigh Bells with support from local Toronto DJ, Casey MQ. This tour marks the debut of Sleigh Bells’ mini LP, Kid Kruschev, which we’ve been blasting on repeat since its release in November. 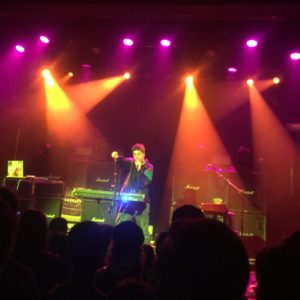 Kicking off the show with an electronic set, Casey MQ shocked the audience with his soulful vocals mixed in with ambient and upbeat tracks. Although Casey seemed relatively unknown among Sleigh Bells fans, his music commanded our attention and held it for the entirety of his set. If you’re a fan of artists like Flume and SOPHIE, we would absolutely recommend checking this guy out!

Sleigh Bells opened with their new song, ‘Blue Trash Mattress Fire’ which then launched into ‘Riot Rhythm’ – two of their more hardcore tracks that got the audience energized. In between songs, lead vocalist, Alexis Krauss raved about how excited she was to play a club setting in Toronto, as she had previously played festivals in the city. Throughout the show, Alexis took advantage of this more intimate setting, encouraging the audience to form a mosh pit and shout along to their music.

The duo played a strong mix of their music from their albums: Treats (2010), Reign 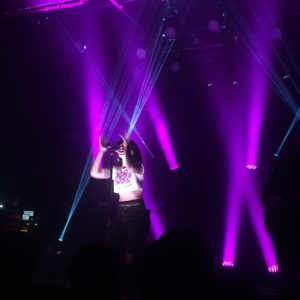 of Terror (2012), Bitter Rivals (2013), Jessica Rabbit (2016), and Kid Kruschev (2017), proving that all of their music is timeless. Audience energy reached its peak during their encore performance, in which Sleigh Bells performed And Saints, A/B Machines, and their iconic pop ballad, Rill Rill. My personal highlight of the show was when Alexis entered the audience to sing Rill Rill with the crowd, and came face to face with me to sing a verse (I’m still recovering from that moment)!

Overall, Sleigh Bells put on yet another fantastic show, and we can’t wait to see    them during the summer festival circuit.