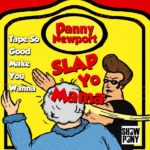 Danny Newport’s contagious humour is evident within the first 10 seconds of the album. The intro track, which has the same name as the album "tape so good make you wanna slap yo momma" was a quick peek into the artist’s character. Although it’s safe to say that the album belongs to the hip-hop genre, there’s a little bit of everything for everyone. The track Party, … END_OF_DOCUMENT_TOKEN_TO_BE_REPLACED 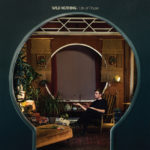 Wild Nothing released “Life of Pause” on February 16th, 2016 and has gotten a lot of positive feedback. Jack Tatum, the leader of the band has now released three studio albums along with two EPs. The band formed in 2009 from Blacksburg, Virginia and is now followed by a large indie/dream pop fan base. Four tracks that we believe stand out the most include “Alien” (6), “Adore” … END_OF_DOCUMENT_TOKEN_TO_BE_REPLACED