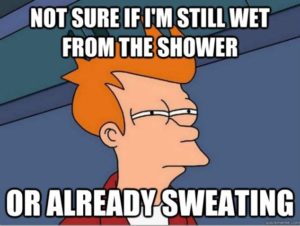 A warm welcome from DJ Thr0b@ck. I hope you all got that lame joke. If you made it through the tests, quizzes, assignments, and THAT HEATWAVE- kudos to you! I know for me, I loved the weather at first but then as it just kept going and my 30 minute walk to campus started becoming an absolute torture, I realized that I’d had enough of this weather. Then to think, that within the same day on Wednesday, it went from feeling close to 30, to down in the low teens, was incredible- Fall’s back! For me, I know hoodie season is back and I love it! 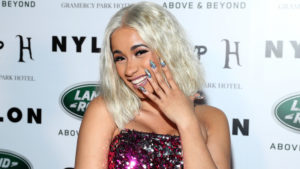 After discussing the weather, we went on to a Billboard top 10 update- not a lot of changes, but it was worth mentioning Cardi B‘s new single, Bodak Yellow hit the #1 spot. She has actually become the first female rapper in 19 years to have a solo song at the #1 spot- how cool is that! *Applause*.

After discussing the top 10, we went straight to our throwbacks of the day and folks believe me, I have never felt so old. Some songs that I hadn’t heard in years but it still felt like I knew them just yesterday, are now over 10 years old (Crank That, etc.). DJ Thr0b@ck also talked about some of Michael Jackson‘s biggest hits, Kanye‘s stroke of brilliance with Gold Digger, Timbaland‘s perfectness on the soundboard, among other things.

We then discussed some hilarious spotted tweets- most of them related to weather, and a couple about us GoldenHawks being extremely Golden outside of campus too (it really is great to be a Laurier Golden Hawk). Then the big one- the career fair at RIM Park! DJ Thr0b@ck talked about it on the show so he hopes you guys got a chance to go out and see what it was all about, I believe it’s supposed to be one of the largest in the country and events like these always help, there’s no doubt about that whatsoever. So to anyone looking for a job, just know you’ve got a lot of options out there from networking events, to career fairs, to the WLU career centre, etc. Good luck!

We then gave a quick update on videos with the most YouTube views- nothing exciting going on there, Despacito by Luis Fonsi, Daddy Yankee, and JB is still absolutely killing all its competition as it now has racked up over 3.86 BILLION views– JUST HOW FELLAS, HOW. After that, we finally played some current- and mostly lesser known- music from Ed Sheeran, to Tay Tay Swift, to Marianas Trench. Some of the music wasn’t necessarily from this year but mostly within the last couple years- including a beautiful Canadian song to wrap up the show.

As you all would know it’s homecoming this weekend- have a great time at the game (I mean let’s be honest, Western does NOT have a chance, we own this game). Till next time folks, stay safe, stay golden, and stay listening to the show! Tune in next Wednesday at 10am where DJ Thr0b@ck will have some other exciting things in store.