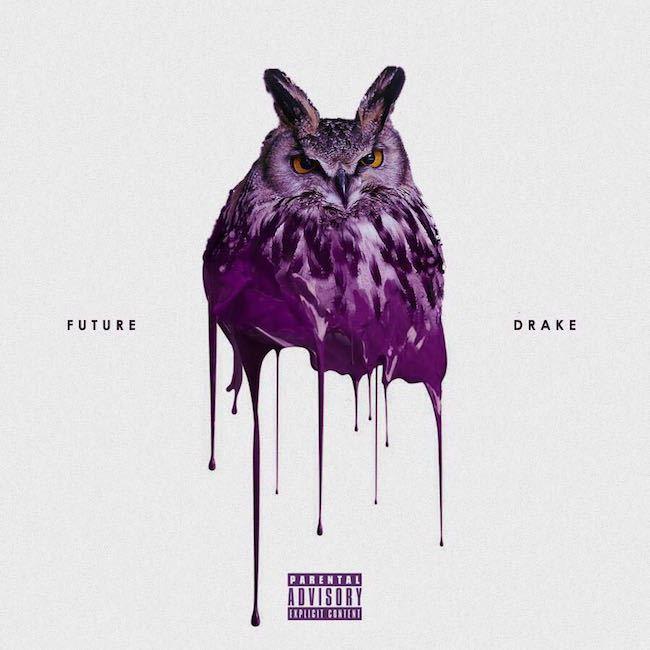 If your familiar with modern Hip-Hop you might have realized by now when it comes to mixtapes, Future is second to none, and when it comes to albums everything Drake seem to touch turns gold… or platinum of course. So what’s better than one of these? How about both. With only the heaviest of hints dropped courtesy of Instagram, the internet has been feverishly trying to get some kind of official confirmation on a possible joint mix-tape from Drake & Future. While a website countdown displaying both the OVO and FBG logo has been stirring up a considerable amount of excitement, recent tweets from both artists, including Hot 97 using the hashtag “FBGOVO”, seem to have all but confirmed our suspicious. Should the 6God bless us once more, we might possibly have mix-tape of the year in our hands by tonight.

Rihanna and Travis bae’d up?

Over here at The Rap Up, we love power couples, and power couples seem to love Hip-Hop. While nothing is official just yet, this is one power couple we really want to happen. Now Travis Scott may not be the prolific artists that his rumored GF Rihanna is, however when it comes to producing, very few can call Travis their peer. After co-signing his album on twitter, having Travis work on her own smash-hit “Bitch Better have My Money” and celebrating his album release with him in the club, questions understandably begin to rise. While, it’s very possible Rihanna is just enjoying her time with a remarkable young artist who will no doubt will work with her on future hit songs, we might also have the makings of maybe the most polarizing power-couple in Hip-Hop to date.

“Pac was like Jesus, Nas wrote the bible” is a line from J. Cole’s most recent album and it poses a really interesting comparison as Tupac was in some respects similar to this popular fellow we know by the name Jesus Christ. Now before anyone gets super offended by this let me explain why. Like Jesus, Pac was misunderstood much like his message, had a small but very loyal following of fans which eventually grew to church-sized numbers, and was plotted against by his enemies who eventually took his life far too early. Pac and Jesus are also honored much more intensely after their own time, and while on some levels they’re about as opposite as you can get, both were pioneers even though one paved the way for prayers and the other paved the way for players.

This week, TJ and Dan gave their expert opinions on who they think will be bringing home hardware at this years 2015 BET Hip-Hop Awards. Here are some of the more popular categories, but do you agree with them?

Album Of The Year:

Drake – If You’re Reading This It’s Too Late

Wale – The Album About Nothing

Track Of The Year:

Lyricist of the Year

Who Blew Up Award

DJ of the Year

What You Sayin – Lil wayne

Talking to my diary – Dr. Dre

Get you good – Roy woods