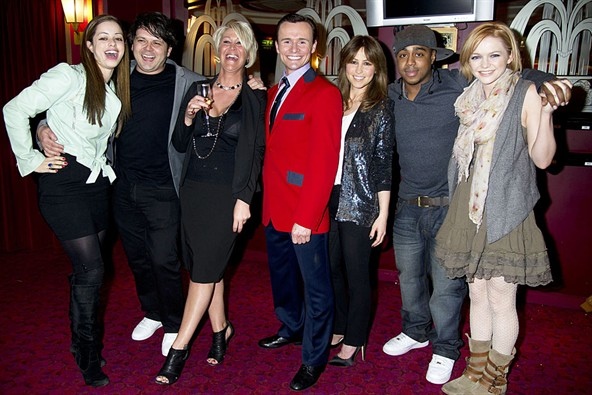 Hey listeners, can you believe how close we are to the exams?! The snow is certainly a reminder. We hope you enjoy the show today, some of our biggest stories included the following.

First of all our biggest story of the evening with the INSANE clip of Amanda Bynes discussing slitting her father’s wrists and possibly even murdering him. Here is that clip for you to listen again:

She apologized on twitter after it was leaked and said that she was surprised that people had taken advantage of her for money like that. And by that she means she can’t believe her roommate recorded her and then released it to the world. We personally think that this clip is indeed real and terrifying. This poor girl, we love her over at the Media Buzz but we believe she needs to be cut off from all social media and do some travelling to relax.

Another big story was about the S Club 7 reunion!!! Here this is for you 90’s kids to enjoy:

Dran was particularly excited about this one, he loves all those old 90s bands. They have some tour dates in the UK coming up and if ticket sales are promising, we predict they’ll be in Toronto in no time!

Another story was about Mr. Bill Cosby and all of these rape allegations! OMG! Approximately 14 women have suddenly admitted that Bill has raped or sexually harassed them in some way. He has a possibly upcoming sitcom, but we’ll see about that now that the heat is on. Personally we think that a few women might have admitted something (which very much could be true) but the rest are just jumping on the bandwagon to get some cash. I guess we’ll see once legal actions are taken!

Thank you so much for listening Golden Hawks (& Mom), tune in next week for more up to date information about what’s going on in the celebrity world. And stay warm and safe!