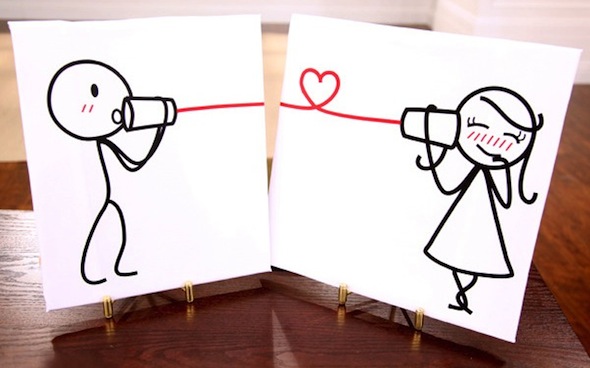 My name is Robin Daprato and I am the host of the 3 year running radio show on Radio Laurier The Top 10. Last night at 8 was the first show of The Top 10’s third and final season.

So, the beginning of the school year, for many is filled with a whole host of mixed feelings. Excitement to be back, fear of failing and sadness for parting close friends, family and, for some, S.O.’s. For last night’s show I decided to focus on the painful reality many couples go through during this time of year when you and your boyfriend/girlfriend are separated because you decided to go to different schools, not go to school or whatever other reason it may be that is keeping the two of you lovebirds apart. I didn’t want to take the cynical route, because I don’t think it is something to be cynical about. I think if you want it bad enough YOU CAN DO IT. That’s my theory/ experience and I am sticking to it ;). So for my playlist, I decided to include songs that bring up fears, excitement and realities of embarking on the journey of a long distance relationship.

6) Always Something There To Remind Me-Naked Eyes

What you do is keep things exciting

3) A Thousand Miles-Vanessa Carlton (Be Not Nobody)

“So Far Away” is a song written by Carole King and appeared on her 1971 album Tapestry. The recording features James Taylor onacoustic guitar. In the 1995 album Tapestry Revisited, it was covered by Rod Stewart.

The lyrics express longing for a lover who is far away. But Allmusic critic Bill Janovitz notes that while the lyrics start by focusing on the physical distance between the lovers, the lyrics use that as a jumping off point to explore emotional distance between lovers as well. Rolling Stone Magazine stated King’s “warm, earnest singing” on the song brought out the song’s sadness.“

1) Midnight Train to Georgia-Gladys Knight and the Pips

“And I’ll be with him

On that midnight train to Georgia

I’d rather live in his world

Than live without him in mine.”

Sorry for the cheese….but sometimes, a little bit of cheese and wine is what you need to get through the tough times in life.

Thanks for reading and tune in next week for another (less soft) show.