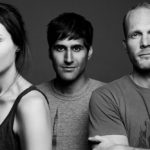 This past Thursday (October 26) evening kicked off with a cold wait in line for an almost sold-out show outside of Maxwell’s Concerts and Events on University Ave. Fans eager for a double header featuring Kelowna-native indie rock outfit, Yukon Blonde and Toronto-based folk trio The Rural Alberta Advantage. This was the fifth show in the first leg of the RAA/Yukon Blonde … END_OF_DOCUMENT_TOKEN_TO_BE_REPLACED

So today I played more bands that Reddit suggested and I hope you enjoyed them! First was Devin Townsend from Toronto, Ontario and his songs Fly and Heart Baby Second was The Deep Dark Woods from Saskatoon, Saskatchewan and their songs 18th of December and Charlies (Is Coming Down) Third was The Rural Alberta Advantage from Toronto, Ontario and their songs Drain The … END_OF_DOCUMENT_TOKEN_TO_BE_REPLACED