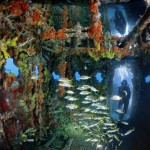 This week was a little bit of everything, we talked about a video that laid out what would happen if human beings became extinct. You can check out the video here: http://www.bbc.com/earth/story/20141009-what-would-happen-if-humans-became-extinct  Also we talked about the demolition of dams going … END_OF_DOCUMENT_TOKEN_TO_BE_REPLACED