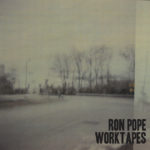 “WorkTapes is made up of seven little Polaroids from my life that are masquerading as songs”, Ron Pope posts on twitter publicizing the release of his newest EP. New York City based singer-songwriter Ron Pope surprises fans with a fresh seven song EP to follow-up his 2017 album, Work. Pope, most famously recognized for his 2008 hit, “A Drop in the Ocean”, is known for … END_OF_DOCUMENT_TOKEN_TO_BE_REPLACED