On this episode on The Crunch, the host thanked the fans and guests for tuning in on the last show of the 2017-2018 campaign. Nick recapped all of the big events surrounding March Madness, and then made some previews for the upcoming NHL and NBA playoffs and preview the Masters at Augusta.

After a detailed preview of the NHL playoffs, Nick predicted that the Tampa Bay Lightning would hoist Lord Stanley’s Mug to win in the 2018 playoffs. He then broke down the NBA playoffs, including a big upset over the Houston Rockets, and ultimately a championship win in a repeat for the Golden State Warriors.

Nick also reviewed the upcoming Masters championship that is upcoming. While Nick gives Tiger Woods a terrific chance to contend, he ultimately stated that veteran Justin Rose is due to win after a breakthrough start to the year with 10 top-10 finishes out of 13 tournaments.

Overall Nick and the gang at Radio Laurier were very pleased with the turnout and are great-full for the support. More content will continue to become available and the team is always striving to provide the best possible product for the listeners.

Thank you on behalf of The Crunch. 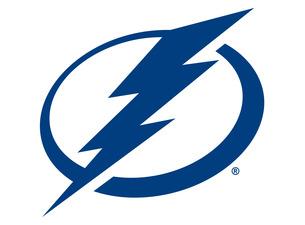