Artist of the Week- 50 Cent

50 Cent was our artist of the week we all agreed “Get Rich or Die Trying” and “The Massacre” were our favourite albums. We also argued that 50 Cent in his prime was bigger than any other artist in their prime to date. Him putting music on the backburner and focusing on business ventures was a smart move, on a financial viewpoint at least, and he is an entertaining persona online making him our artist of the week.

The new kids on the block in the Toronto rap scene dropped an album that is quickly becoming a must listen for 2017. The duo is signed to The Weeknd’s label XO. On November 7th, 2017 they dropped their debut album that has popped off because of its trap and r&b vibes. Consisting of the rapper Derek Wise, and singer Drew Howard, 88GLAM were able to bring the XO label to new heights. Some must listens on the album that we pointed out were the song “12”, “Bali” feat. NAV, and “Give N Go”. Although we suggest listening to the whole album as it is nothing short of pure bangers for 41 minutes. Toronto has been doing it big lately, and The Weeknd has managed to propel the artists coming from the city. First Belly, then NAV, and now 88GLAM, all artists ready to take over the rap scene and make a name for Toronto. 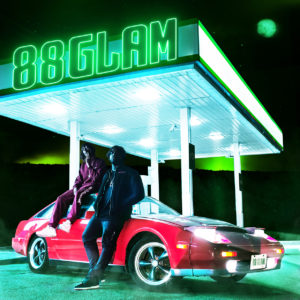 Earlier this week Meek Mill was arrested and charged for violating his probation for performing a wheelie on an ATV in New York City. The rapper was given what many are calling a “heavy handed” sentence with the judge sentencing him to two to four years in prison. The judge Genece Brinkley is receiving criticism for allegedly asking that Meek Mill sing Boys to Men on one knee or “he will be sorry”. Another issue with the sentence is that the probation that Meek Mill is currently serving is for a drug and gun charge ten years ago. While we try to remain as apolitical as possible on our show black rights and culture is and will always be connected with hip hop and hip hop culture. This sentence is just another example of racial discrimination in the U.S.A. It is clear at this point that something must be done about the institutional racism that is so prevalent in the country. Jay-Z and other notable rappers and entertainers have also spoken out against the sentence and it is currently receiving global recognition.