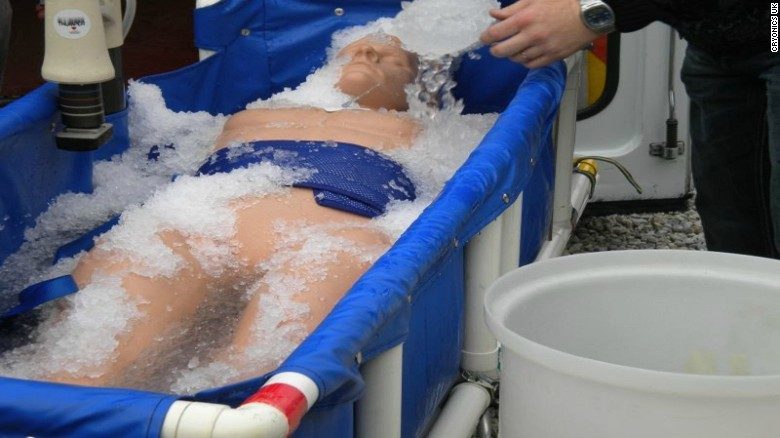 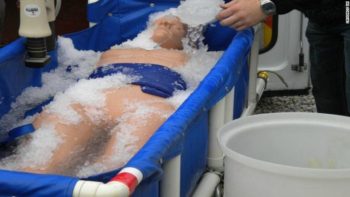 Welcome back from reading week! I hope the break went well for you all and you’re prepared for class. If not… sorry and good luck, I geuss. On to the news!

A wizard who came through town cursed me at a young age, and now I have to talk about robots every week or else I’ll die a painful death. So this week’s robot story is fluffy dog tails that robots can use to express their feelings.

In the world of medicine some scientist from the university of Minnesota have discovered that they can more easily keep donated organs cool and able to be used if they use a process involving nano-particles of iron and cryopreservation techniques. There’s that quote about anything that we are unable to figure out is magic or something to that effect.

The world’s oldest fossil was discovered here in Canada, specifically Quebec. It is estimated to be between 3.77 and 4.3 billion years old. As a point of reference the earth is roughly 4.5 billion years old so this means that life has been around since near the start of this home of ours existing. By the way the fossil is microfilaments left behind by bacteria, it’s not a skull or something cool to us lay people who don’t understand fossils.

SpaceX has announced that they will be sending tourists to the moon in 2018… and then some scientists did the important thing and explained why that might not be the best idea. The tourists will have carsickness that’s out of this world. Booyah! I knew I could fit that pun in.

We have recently had a breakthrough about the colours of Anchiornis a small ankle-biting dinosaur. This is quite the discovery due to the fact that we don’t know what the colours of any dinosaurs were.

In local news, just a heads up: GRT drivers may be going on strike on March 19th. If you rely on the bus be aware that you might need to make alternative arrangements for a while.

It turns out that Hamilton is the Canadian version of the town from Footloose: it has been illegal to play street hockey there for the last fifty years. The city council overturned the decision recently. The weirdest part is that the vote wasn’t unanimously in favour. There are at least three people on the city council that are total downers. Get it together Hamilton.

A researcher named Micheal Fedak has glued cameras to the heads of elephant seals to figure out how they survive for months at sea without returning to shore. It’s really cute.

A study released out Missouri University investigates the disconnect between the media and the general American public. The studies main points include the difference between the most prevalent political philosophies of the two groups as well as the effect few staff and the requirement to break a story first has on journalists.

Several of the cast members of Marvel’s Inhumans have been announced. Also there is an X-Men related project coming from Fox that has yet to receive a name. Also form Marvel the new Guardian’s of the Galaxy trailer has dropped a bunch of details about the next film that had not yet been revealed. In our last piece of Marvel news, Logan, the next film about Wolverine comes out tomorrow.

When you hurl, aim for the stars:

Fuzzy-Wuzzy was a vacuum cleaner:

I give it my seal of approval:

Maybe Kevin Bacon can come by and have a game:

The media and the public at odds. Who’da thunk it?:

The marvels of Marvel:

Nobody’s Fault But Mine – Martin Harley And Daniel Kimbr

Stay With Us – Seoul

Check out some other Radio Laurier shows: