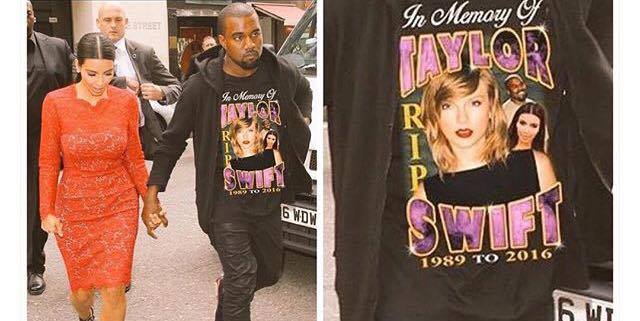 DJ Deej took to the studio, and had a lot to say concerning the Kanye West vs. Taylor Swift fiasco that erupted this week. On Monday, Kim Kardashian released audio evidence of Taylor agreeing to Kanye referring to her as a b*tch in his song, “Famous.” The song is the fourth track off of Kanye’s latest studio album, The Life of Pablo. The line specifically says: “I feel like me and Taylor might still have sex, why? / I made that b*tch famous.” To read the full story, ICYMI, click here.

Taylor’s reps say that she finds the lines to be misogynistic, hence her putting Kanye on blast at the 2016 Grammy Awards and telling young girls to never let anyone claim responsibility for your fame. To see the full speech, click here.