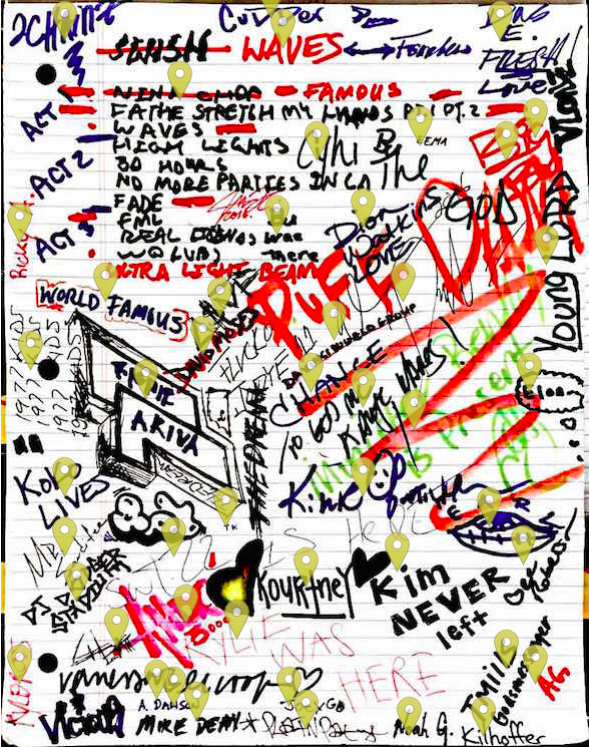 There are many things about this world we don’t know, and in similar fashion there are many things we do. Included in the things we know forsure; water is wet, light illuminates darkness, fire is hot and when Kanye West goes on a twitter rant, Its nothing short of EPIC. This recent spectacle was instigated by Wiz Khalifa who in a series of tweets, which made light of Kanyes appropriation of the term “waves” from hip-hop pioneer Max B. Things really got out of hand when Wiz added a cryptic “kk” in one specific tweet which Mr. West promptly mistook for a reference to his ever-so-coveted wifey Kim Kardashian. After an immensely entertaining exchange of words from both sides, it’s now been confirmed that Kanye West has indeed called Wiz to apologize and according to both artists things are “all positive”. We’re glad Kanye and Wiz worked it out, and be sure to check out both of their upcoming albums.

This is beef is over. It shouldn’t be a topic right now. However, that’s far from the truth. After dropping “Charged Up” and “Back to Back” last July, Meek Mill dropped “Wanna Know” which was just horrible, therefore, he didn’t stand a chance to win the beef. Fast forward to January 2016 and Meek took, yet, another shot at Drake through his own version of “I’m the Plug”. Surely enough the “6ix god” dropped “Summer Sixteen”, which took shots at Meek. One verse specifically references a time in the Summer when Drake and his crew were staying on the floor above Meek and Nicki Minaj, Meek’s girlfriend, blasting Back to Back. However, this is where it gets interesting. Not even 15 minutes after Drake’s newest single dropped, Meek released part 2 of his 4/4 EP. The song “War Pain” specifically references that night in Toronto and other parts in Summer Sixteen such as when Drake states “I used to wanna be on Roc-A-Fella then I turned into Jay” as well as making mention of Drake’s dance moves in “Hotline Bling”. Shortly after releasing the 2nd part of EP, Meek took to instagram and captioned a picture of him laughing as “the ghostwriter told me”. This raises questions about whether Drizzy does indeed have a ghostwriter or, perhaps, a mole in the OVO camp. However Meek was able to retaliate so fast, this beef seems to be taking the form of boxing match. Drake won round 1 but Meek has come back and is looking more prepared for Round 2.

Turns out SnapChat isn’t the only company DJ Khaled has been working with recently. Khaled announced several days ago that he had actually inked his own deal with Apple Music. We’re not exactly sure what that entails, however we do know that DJ Khaled will be premiering his new radio show on Beats1 this Friday (5th). Now we know Khaled isn’t for everyone. That his ad-libs and shouts can get old really quick however the man knows music, and can probably curate a better playlist than most people on the airwaves. But, what’s better than the premiere of a brand new Beats1 show? How about a double premiere? and by that we mean the premiere of Future’s new album EVOL which will debut on the show Friday (5th). If you haven’t caught the wave yet, you might want to get acquainted before it’s too late to bite.