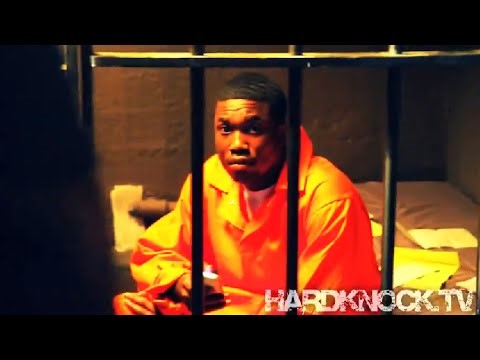 Meek Mill Do Not Pass Go

It seems no matter how Meek Mill rolls the dice this year, he’s taking L’s. Unfortunately for him he might have just picked up the worst Chance card possible, and if the Philadelphia Courts decide so, Meek will be going directly to jail. Stemming from charges over nine years ago, Meek has officially violated his probation again, which if you remember, was the reason for his absence this time last year. After providing a suspicious drug test which he failed, and leaving the city of Philadelphia without legal permission to attend the 2015 AMA’s with girlfriend Nicki Minaj, Meek will face sentencing in February. Amidst a historically bad year for the Dreams & Nightmares rapper, fans can at least breathe a little easier knowing Dream Chasers 4 is on its way.

Can Young Money & Cash Money hug it out?

Looking back on 2015, it’s difficult to ignore the the blatant stain that the Cash Money x Young Money feud has imprinted on Hip-Hop. Tour Bus shootings, disrespect from Young Thug, throwing bottles in the club, lawsuits, diss tracks, AND the fact we still don’t have our hands on Lil Wayne’s final album, The Carter 6, is just the tip of the iceberg. Despite the fact that Birdman and Wayne are legally father and son, The Young Money x Cash Money empire has seemingly all but crumbled in the last year. This is pretty disheartening considering years ago they were one of the tightest knit collectives, and one the most popular labels in the game. While the situation is about as ridiculous and convoluted as they come, Mack Maine president of Young Money, has made some much needed progress. Reportedly only hours before Drakes NYE party this year, Mack Maine held a conference call between Lil Wayne and Birdman (Baby) in which they agreed to keep it civil, however, Wayne is nowhere near dropping his lawsuit against Birdman. While any progress is good at this point, fans are still hoping for progress in the form of a new album.

According to the Chinese zodiac, 2015 was the year of the sheep. However for Hip-Hop fans everywhere, 2015 was also the year of the ‘joint-album/mixtape’. Migos, Young Thug, Metro-Boomin, London On Da Track, Fetty Wap, French Montana, Drake and Future seemed to have renewed everyone’s interest in the possibility of a joint album this year. However, after dropping remixes on a track from each of their most recent albums this past Thanksgiving, J. Cole & Kendrick Lamar look to possibly steal the spotlight in February with their own joint project. After Kdot’s sister of all people let slip there was something arriving in February, the internet has been ablaze with speculation. Kendrick has even gone on record recently saying Drake & Future produced some of his favourite music this year. Could that mean “challenge accepted”? Fingers crossed.

The Rap Up Welcomes its Newest Co-Host Manny Rao!

Stay tuned for next weeks show as we get to know Manny on a personal level. Because after all, “there’s levels to this shit”.

This Me, Fuck It – Timbaland Ft. 2 Chainz

All I Want – Rockie Fresh