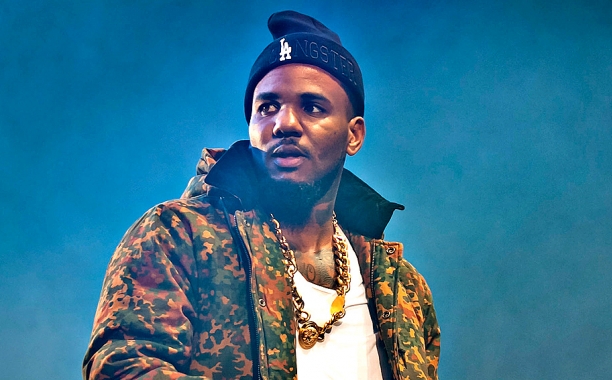 Disc #1 of The Documentary 2

The latest victim of the leak, is Game and disc #1 of his double disc album, The Documentary 2. Normally this is a pretty grey issue depending on your opinion of leaks, but this time we’re just happy to get a head start on this 38 track album. I know others in hip-hop publication would agree, Game really gave us some homework with this one, and even for fans can be a lot to take in. Disc #1 is so west-coast you can almost smell the California Dispensaries through your iPhone, and with that being said, hurry up and download it before disc 2 drops and it’s a whole new game!

With the BET Hip-Hop awards right around the corner, hosted by Snoop himself, he’s decided to add just a tad more buzz around himself. Earlier this week Snoop uploaded a photo to Instagram which reads “the movement. Cd. Hosted by Dj Drama (emoji) Trick or Treat”. Of course, the internet has jumped to many conclusions as to what this might mean, including the possibility of a free mix-tape arriving on Halloween. This is pretty exciting considering Snoops last album was BUSH which came out over a year ago and we haven’t heard anything since. Even though Snoop is starting to look a little more grandfather than Doggfather these days, we’re really hoping DJ Drama helps Uncle Snoop take it back to the streets for some real story telling that you just don’t seem to get anymore.

Tyler The Creator… of an animated series?

That’s right, Tyler The Creator is launching his own animated series. Which totally makes sense considering Tyler is more like an R-rated cartoon character than anyone we here at The Rap Up can think of. From what we’ve seen of the teaser, it has some serious potential. 16 year old Cornell Jelly is the star character of the show once discovering he’s a human that’s been adopted by a family of jelly fish. Don’t ask us why it took so long to realize. There’s no set date for the premiere yet but we’re hoping it’s soon because Netflix’s stream has been really weak lately.

King Of Everything – Wiz Khalifa

Voices In My Head – Wale

On Me – Game Ft. Kendrick Lamar

Some Of Your Love – PARTYNEXTDOOR

Wait For You – PARTYNEXTDOOR