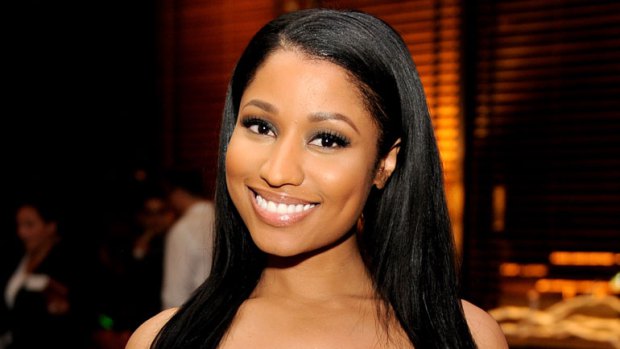 Nicki for an Emmy?

Nicki Minaj seems to eat publicity for breakfast these days but this week it looks like she’s taking on a second helping. What is it this week you may ask? Well for starters, its been announced Nicki will not only be the executive producer for a sitcom based on her life with ABC, but will also be in the show as well. Perhaps Hip-Hops first lady is switching her focus from Grammy’s to Emmy’s, which is just fine with us as long as Nicki doesn’t just produce another cookie-cutter sitcom with the added hype of a very large bum.

It’s no surprise Chris isn’t a fan of playing nice with the other kids on the playground, whether its beef, legal trouble, gang-related violence, pregnancies, or his infamous relationships with women. While most of America has been slowly watching Chris Brown transform, make amends and change his ways, it seems the country from down-unda hasn’t taken noticed. Australian government officials have been trying to keep Chris Brown as far away from their boarders as possible despite the fact his tour is scheduled to pass through. The Aussie’s really don’t like domestic violence and like most of the world, still haven’t forgiven Chris for his horrific actions towards R&B superstar and girlfriend at the time, Rihanna. While he hasn’t been officially denied yet, its not looking too good for breezy.

Lil Wayne turned 33 this week and we congratulate him on another year. While fans still eagerly await the release of Wayne’s highly anticipated Carter 6, he’s doing considerably better than he was last year at this time. Still no word on when the Carter 6 might be coming our way but The Free Wheezy Album (FWA) has certainly eased some of the pain. Wayne and Christina Milian recently broke up but we’re sure Wheezy isn’t feeling too down and most likely throwing the birthday party of your dreams. Also look for Wayne, among other superstars, to perform at TIDAL X: 1020 on October 20th in celebration of the Tidal reaching 1 million subscribers.

What Are Kanye & Travis cooking up?

Travis Scott, fresh off his recent debut album Rodeo, has spun the internet into a frenzy of speculation. A few weeks ago it was his brief club stint with Rihanna that pointed to the two being a little more than friends however, this time around, Travis has posted a pic to Instagram. It’s not the photo however that is so exciting, the caption is actually the focus here in which he stated “WE GOT SOMETHING WE BEEN PLOTTINF FOR YEARS NOW THAT’S ABOUT TO SURFACE”. While this is extremely interesting, it’s likely we won’t receive any further details until this “something” actually surfaces. We’ll keep you posted.

King of Everything – Wiz Khalifa