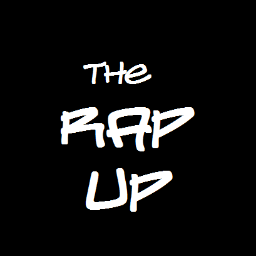 What’s up Radio Laurier! Coming at you with The Rap Ups first blog post this summer. It’s almost the end of July and summers unfortunately winding down but The Rap Up is keeping things at heat-wave levels with the hottest songs you need to be listening too, on a weekly basis. Here’s a run down of everything discussed on the show this week.

A few weeks back 50 Cent shocked the Hip-Hop community by filing for (chapter 11) bankruptcy and things just seem to be getting worse for Fif. While we thought 50 might be just up to his usual tricks, finding a policy loop hole that was most likely going to benefit him in the long run, it looks like 50 Cent is nothing more than a window shopper. That’s right, according to the Queen’s rapper himself in a recent testimony regarding his situation with Rick Ross’s baby mama, most of his jewelry and cars are rented and must be returned at some point. WEAK. Now while there is still a good chance 50 Cent is worth more than his lawyer is claiming (only 4 million), it looks like Mr. Curtis Jackson may be stuck holding the biggest L this year in Hip-Hop as he scrambles to sweep this whole mess under the rug. Who knew someone could have a worse year than Birdman?!

Well there’s no question people love Drake. A lot. But it looks like Drizzy may not be doing any shows in Philadelphia anytime soon. In an almost Gucci Mane fashion, Meek filled up everyone’s timeline earlier today with another classic rant. Who was the red dot on this time? Canada’s golden boy, Drizzy Drake, that’s who. Looks like Meek is a tiny bit sad Drake never supported his album through social media despite being on it, and according to Meek, Drake did not write his verse on R.I.C.O. himself. Nicki and Drake’s relationship was also briefly mentioned and while this is interesting considering the two have been on good terms since this incident, the rest of the hip-hop community looks to be eating it up with an even bigger side of “who cares”. Meek better find that chill button soon before Nicki catches him acting like a jealous high school hubby among other things.

The Nicki who cried “not fair”!

I’m not sure what hip-hop would feel like without Nicki Minaj complaining about how she’s treated in the industry, so of course when Nicki caught word that the VMA’s had snubbed both “Anaconda” and “Feeling Myself” Nicki wasn’t impressed and like her current boo, jumped on twitter to air the situation out. Of course, black culture, women’s body types and more was brought up and it took T-Swift of all people to come back with a tweet basically saying “CHILL”. We know Nicki won’t and that’s fine, but for the most part Nicki’s outburst was unprovoked and maybe, just maybe the VMA’s just didn’t mess with her music as much as she hoped, instead of another gender and/or race agenda. If she keeps it up, she’ll soon be right beside Kanye calling racism on the Grammys for not putting his seat in the front row.

Everybody on the floor – The Game ft. migos

Where Ya At – Future ft. Drake