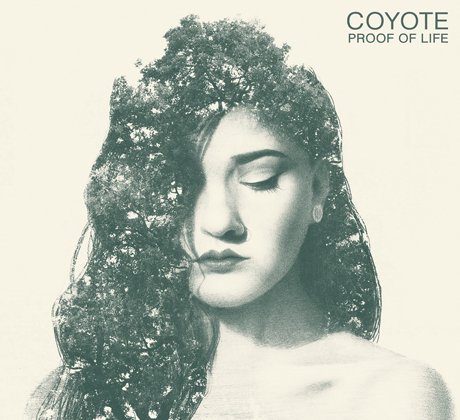 If you’re looking for more Canadian artists to listen to and indie-pop is your thing this Canadian band, Coyote, made up of five male bandmates, should hit the spot. The band originally from Charlottetown , Prince Edward Island, has made a name for themselves through their catchy, jubilant sound. Their EP “Proof of Life” lives up to this, featuring six songs that ultimately summarize every indie pop song ever made. Full of lively beats, and easy lyrics to follow, the album feels more familiar than a proclamation of a bands unique style.

While the songs are no doubt an easy, enjoyable listen, you’re left feeling that you haven’t really heard anything revolutionary or game changing. Rather than attempt a distinct sound, the band adopts a collection of dynamic hooks and beats that’s been done many times before. However, the album is in no way bad, maybe just a little unoriginal. The best song on the album is heard on the track “Melody/Harmony”, the singer Josh Carter sounds similar to The Killers frontman, Brandon Flowers with his charismatic, smooth voice, providing smart lyrics and a build up to a chorus that doesn’t disappoint. The album features multiple awesome guitar sounds, and solos that feature some of the album’s best moments. “Proof of Life” finishes on a different note than the rest of the EP, with a song titled “Toothache” casting a slower, different sound than the rest of the album, almost as if it were not from the same band.

Nonetheless, while a little repetitive on their EP “Proof of Life”,the band Coyote, offers fans and new listeners alike a comfortable take on the Indie genre, although still providing songs that are undoubtedly catchy. And hey, they’re Canadian so why not? Check them out.