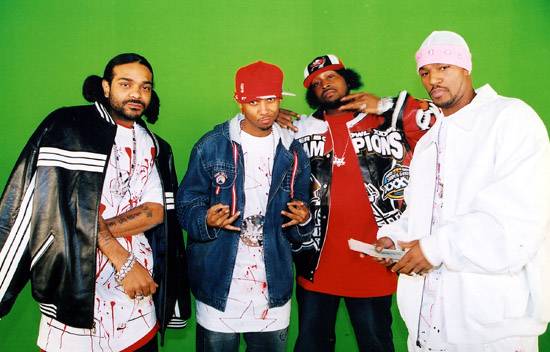 Wudddupp friends?! Everyone feeling good about being back at school? Us neither. BUT the good news is that we get to give y’all some more very dope rap and hip-hop. We had an exciting past couple days with tons of new music sooooo lets get right to it!

Kanye brought in the new year in a very emotional-random-sporadic way. He dropped a new track called ‘Only One’ on new years day. In short, it’s an ode to his daughter North but rapped as his mom. Seems kind of like inception but trust us, it’s actually very well done. Did we mention it features the legendary Beatle front man Paul McCartney. It’s also Kim’s favorite track. Check it out right here.

We also got new music from A$AP Rocky which is an extension of his last single ‘Multiply’. This new one however is called ‘Lord Pretty Flacko Jodye’ and sounds right up any “trill” “expensive rap” fan’s alley. We are very much looking forward to A$AP’s new album which is due out some time in 2015. Take a look at the track below.

We also got a new project from Brooklyn’s very own Fabolous. The album is called ‘The Young OG Project’. It has some new sounds and concepts but also brings that good ;ol Fabo that we know and love. Check out our fave track below. Niiiiiiiiccceeee *Fab voice*

We moved on a little later to some very dope music we were sent back in the summer. If you’ve listened a few times these past 8 months then you will know him 100%. Detroit/Miami rapper Kidd Wes chopped it up with us for more than 20 minutes. We talked all about his upbringings in Detroit, his move to Florida, his newest project ‘Young World’ and much much more. If you haven’t yet heard his stuff peep the LP below and be on the lookout for more from him very very soon.

Well, that’s all from us this week. Make sure to tune in next. Rumor has we’ve got Konfiident back on. Ahh Ahh Ahhhh.