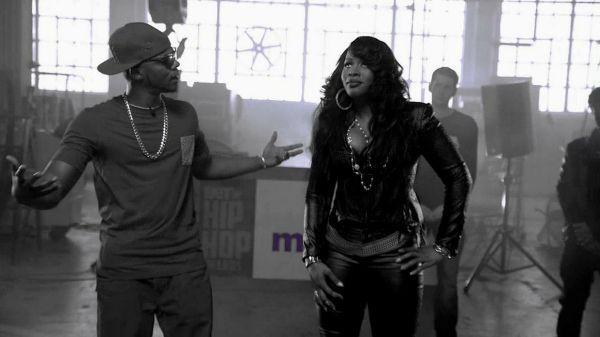 Wudddupp friends?! Hope everything is rolling well into midterm season for everyone because lord knows it can be stressful time. You’re all up tight about this and that but don’t fret because we are here to sooth your academic soul with a little hip-hop music. We looked at some new music and of course the BET AWARDS CYPHERS.

As you guys all know, the BET Awards happen each and every year and a top the boring speeches and lackluster performances, there are the cyphers. These cyphers take place during breaks in the show and include the dopest rhymes from old school cats and new schoolers alike. This year was very battle rap heavy featuring battle emcees such as Arsonal, Murda Mook, Calicoe, Conceited, Charron, Goodz, Tsu Surf etc. Nice to see the sub genre is making it to the forefront.

The mainstream rappers included Remy Ma, Papoose, Jaren Benton, Wiz Khalifa, Juicy J, Emilio Rojas, Logic and David Banner just to name a few. The bars were good but nothing comes close to Shady’s cypher back in 2011. Check out a full review of this year’s cyphers here and peep the GOAT below.

We also played some new Game. He dropped a new LP called ‘Year of the Wolf’. It has some pretty big bangers but TOO MANY FEATURES. Rappers need to know the difference between making a “solo” album and what appears to be a collab album. I’m convinced that the featured rappers on Game’s new album have more collective rap time than Game himself. That’s a problem. Anyways, check out some good tracks below and enjoy Compton’s very own.

Well, that’s it from us! Make sure to tune in next week for more rap-y goodness.