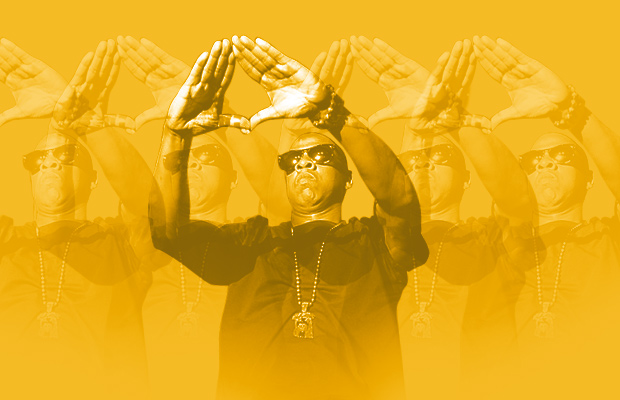 This past week it was Jigga man’s birthday and boy did he celebrate. Forget about all the champagne, celebs and Beyonce birthday suit for a sec and picture the goat ranking his own albums from best to worst. Crazy, right? Well, he did it. Check it out right here. He also offered a little commentary. ALSO, we had to pour out some of our beverages for the late great Pimp C who died this week 6 years ago. Pimp C was a pioneer for not only southern hip-hip but the whole culture in general. RIP Sweet Jones.

In other news, Drake and Kanye got shoe deals, Papoose hates Trinidad James, Fat Joe is out of jail, Mac Miller is dropping a new album and Sway still doesn’t have the answers.

REAL OR RATCHET this week was a little deeper than usual. We went over some of the biggest conspiracy theories in hip-hop history. These consist of everything from Tupac’s return, to racist clothing companies to Suge Knight’s murderous habits. We had to deemed a ton of them ratchet because, well, they are ridiculous. Anyways, check them out for yourselves right here and let us know what you think.

GLAYSHS GUILTY PLEASURE was that new new. For a while now, I’ve been using throwbacks for the GGP but this week Rozay blessed us with a banger. He dropped the remix to his newest single No Games. He added MMG counterparts Meek Mill and Wale to the already Future assisted track. The song REALLY knocks and all you exam-neglecters will love this one for your pre-draaank party. Check it out right here and as always, please turn up.

THE REALNESS this week was fairly strange. If you have been following us this semester, then you  might know that we haven’t always had the kindest words for Ja Rule. From the jail sentence to the curry recipe, Ja has had a rollercoaster year. BUT, that being said, we peeked into the past and found the goods. Do yall remember the catalogue of hits that Ja Rule had back in the early 2000s? His collabs with Ashanti and JLO were out of this world. The way he rapped/kinda sang was revolutionary at the time. Now, let’s look at the numbers. His first four albums went platinum within the same six months they were released. Wow. Who knew? I could keep going and going about how he used to be the man or I could let you reminisce with the classics. Check out our faves right here, here and here. he may not be on the charts right now but his raspy voice will forever he in our hearts.

The UNDERGROUND KING this week went to one of Ottawa’s finest. Battle rap phenom, Charron gets the crown this week. He has been killing the battle rap scene for a while now and has just recently broke into the music scene. In fact, this past March, Charron went down to BET’s 106 & Park Freestyle Friday competition and won the whole thing. The grand prize was $5000 and a spot in the Hip-Hop Awards Cypher. However, due to “complications” he was denied his chance to spit in the cypher… safe to say he wasn’t happy. He made a little diss track/verse about it. Check it out below. #CharronForBET

VERSE OF THE WEEK was competitive this week. For once. Ha! We went with the best autotuned verse. This verse had to be the best display of lyrical ability while using the auto tune device. I went with Lil Wayne’s verse on Demolition Part 1 and Kamo went with Kanye’s verse on Swagga Like Us. Thanks to guest judge and good friend Julian Staniewski, Kamo got the win. That brings the season to 5-4 for moi. I’m still ahead, buuuuut not by alot. Anyone got any tips for me? *gulp* Anyways, check the winning verse right here.

Anyways, that’s it from us this week. Make sure to tune in next week for our year end recap. We also have a little survey for yall to fill out. We want to know what you guys think was the best of the best in hip-hop this year. Fill it out right here ———> https://www.surveymonkey.com/s/J7R8T88 and let us know what yall think!