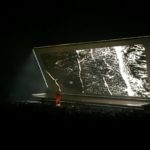 The DAMN. Tour has been described by critics as a "centre-stage ass kicking" by critics. The acclaimed album DAMN. by Compton-born rapper Kendrick Lamar, has gone double platinum since it's Good Friday release. In terms of the album, I would describe it as a very complete piece. His alter-ego "Kung Fu Kenny" comes through a lot of the tracks and carries right over into the … END_OF_DOCUMENT_TOKEN_TO_BE_REPLACED