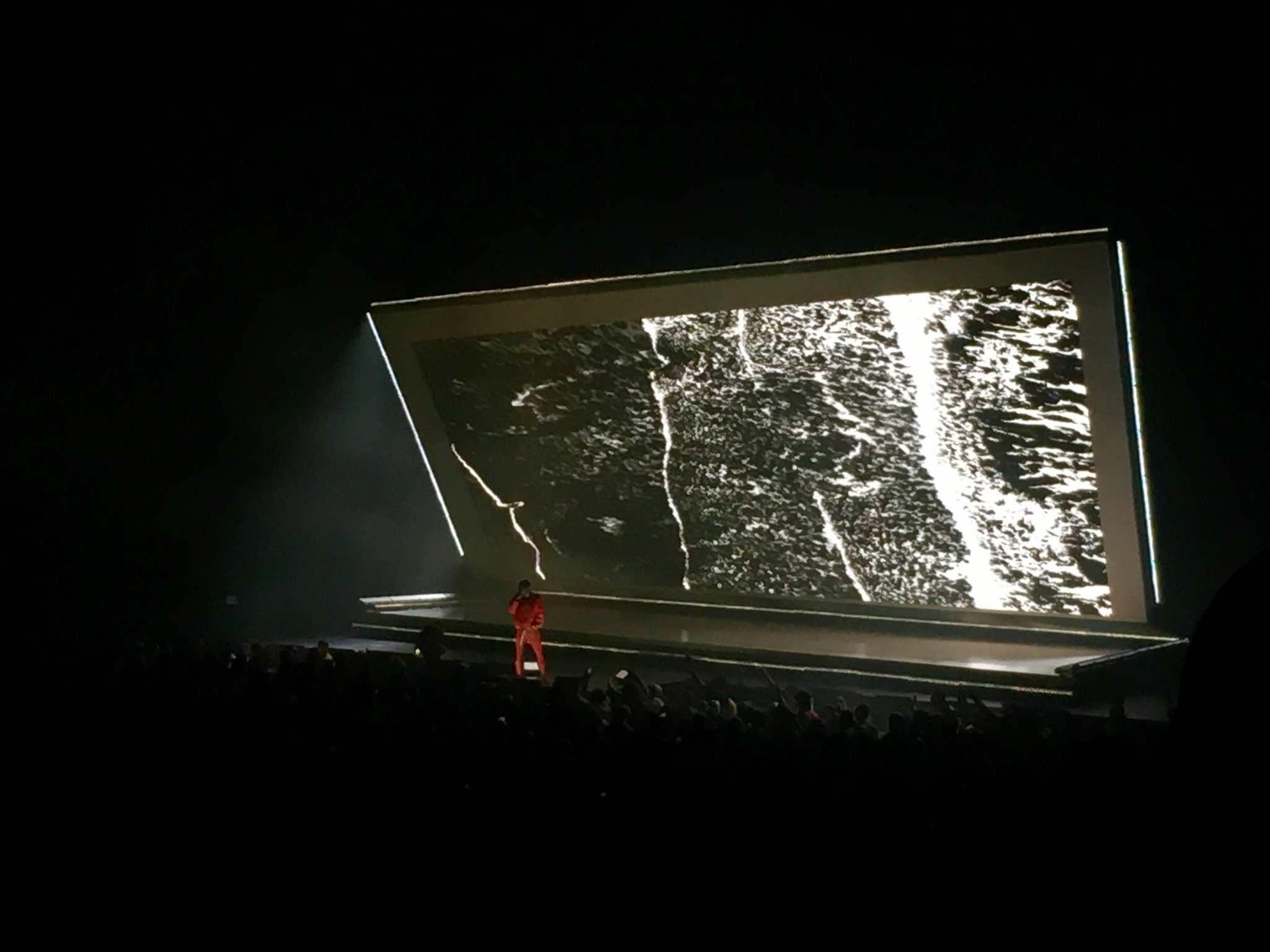 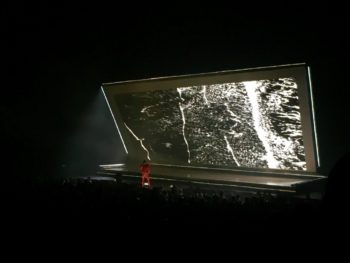 The DAMN. Tour has been described by critics as a “centre-stage ass kicking” by critics. The acclaimed album DAMN. by Compton-born rapper Kendrick Lamar, has gone double platinum since it’s Good Friday release.

In terms of the album, I would describe it as a very complete piece. His alter-ego “Kung Fu Kenny” comes through a lot of the tracks and carries right over into the show. 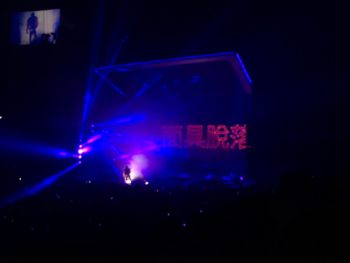 Before Lamar hit the stage, Big Baby D.R.A.M. and Travi$ Scott came to the stage. Dram, famous for the catchy hit “Broccoli,” serenaded the crowd in the opening minutes and closed with the track. About 10 minutes passed before Scott was on the stage. He went all the way to his tapes and brought it forward to Birds in the Trap Sing McKnight. He also performed his latest single, “Butterfly Effect.”

Travis couldn’t be kept on the ground. He mounted a large bird (which was fitting) and hovered over the audience while he performed some of his greatest hits, like “Antidote” and “Goosebumps.” He was enjoying himself so much, he performed “Goosebumps” four times. 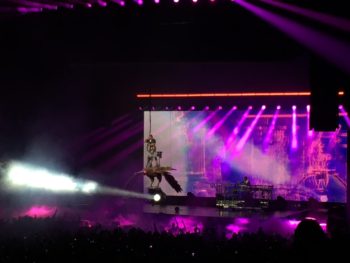 AIN’T NOBODY PRAYING FOR ME.

This is the phrase that rang out over and over. It was found on the screens, in the air, and on the majority of the concert merch. Kendrick spliced in videos of him fighting with martial arts, where he was known as the Black Turtle. He called out a fan that challenged him saying that Toronto wouldn’t remember, and then used it as a segue into tracks from his debut album, Good Kid M.A.A.D. City. The 2012 release is what really put Lamar on the rap scene as a force to be reckoned. It made his flow, interludes, and content famous. 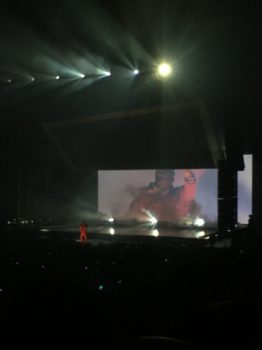 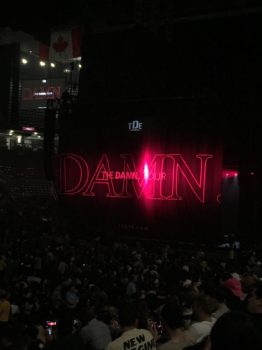