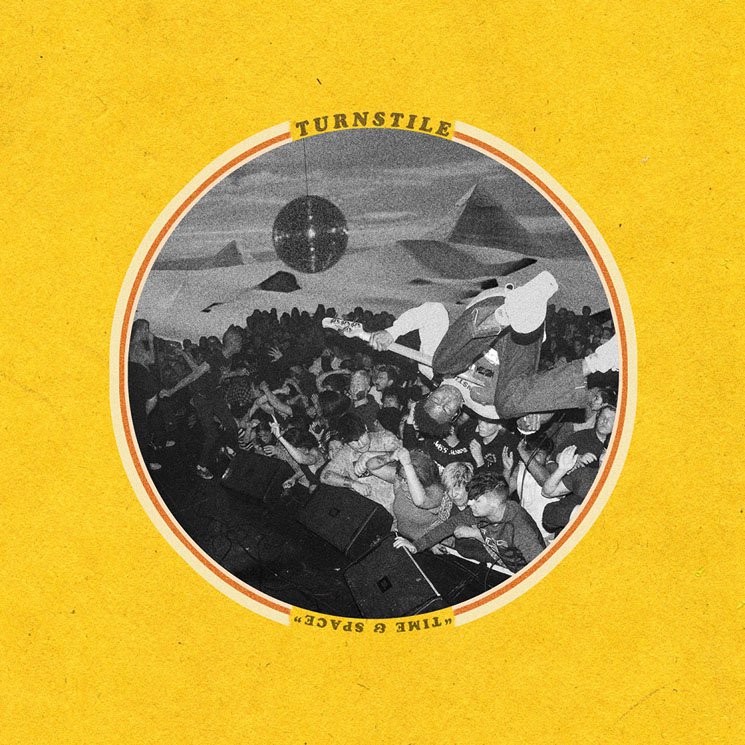 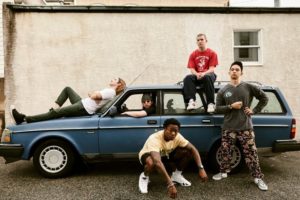 Hitting the ground running, Turnstile returns with their sophomore album “Time & Space”. The band has made a big name for themselves in the world of Hardcore Punk and the general music world. Having previously released several Eps and another full-length album, they have culminated an impactful, and distant style of Hardcore. Their 2016 debut album “Nonstop Feeling” experimented by adding flares of funk and hip hop, it produced a sound that was surprising but made it really work. Next on their discography was their successful Ep “Move Thru me” but shifted to a more straightforward, heavy written and driving sound and this is what resonates more on Time & Space.

When listening to this album, each time what would come to my head is how hard hitting the album is. Opening up with the track “Real Thing”, it is a great display of the hype Turnstile brings with their music. Hard driving riffs that can be something to groove to and bob your head with such an excited feeling and ending the song with an great build up an play out.

The way that Turnstile plays the build-ups in their songs is seemingly consistent, writing smart instrumental parts that explode out to the verses and choruses. Songs that come to mind that highlight this would be “(Lost Another) Piece of my World” and “I Don’t Wanna be Blind”. They add more of a dynamic form to their songs and structures which is something Turnstile does well in their music. Not just blitzing right through the song with no regard but having multiple parts that can vary from fast to slow, or go from isolated instruments to all instruments coming in with an impact. There are even songs that feature a somewhat beat down part where they go big a heavy and play this powerful rhythmic section, like in “High Pressure”, and it gives such an amazing sound to bring the house down.

On this album Turnstile even shows versatility, they have songs that are high energy all throughout, but then they have songs like “Generator”. The song has and starts off with those high energy hard hitting riffs, but then it dies down to a sublet and atmospheric section that keeps you hooked in. It reels you in more with a clear and expressive vocal section, pushing and driving forward to a guitar solo and closing out while continuing this clean vocal driving section. With all of this brought together it displays the bands high potential and sound, through songs like generator, as well as “Can’t Get Away” captivating the same characterises while also mixing in sounds and styles from their previous album.

Going through each track you come across two in particular that stick out. The tracks “Bomb” and “Disco” act as somewhat of interlude tracks to lead you to the next set of songs. They’re fairly short and jazzy sounding. You could take them as a break for the rest of the songs being so hot and heavy.

Turnstile as a band is a spectacular thing, providing a culmination of musical aspects that bring an amazing sound and the performance on this album show that. The only problem is towards the end they seem to lose stream in regards in the impact of each track but they still find a way to wrap it all up in a great sounding way. The overall performance on this album is very solid especially on the instrumental performances give. The drumming and bass lines were tight and driving giving a heavy rhythm to keep you hooked in. The guitar parts gave riffs that were gritty moved through the songs so well. Lastly the vocal performance, it was always hard pressed and moving, plus all of the clean and spacey sounding vocals added a really nice touch, giving a balance in the performance. Turnstile has been gaining more recognition for Hardcore outside of its normal scene and it makes sense when listening to all the music they have provided, with Time & Space as no exception. 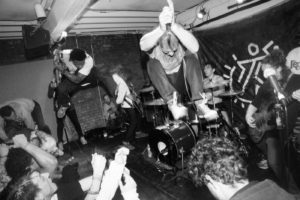