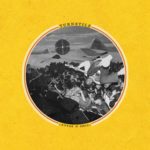 Hitting the ground running, Turnstile returns with their sophomore album “Time & Space”. The band has made a big name for themselves in the world of Hardcore Punk and the general music world. Having previously released several Eps and another full-length album, they have culminated an impactful, and distant style of Hardcore. Their 2016 debut album “Nonstop Feeling” … END_OF_DOCUMENT_TOKEN_TO_BE_REPLACED