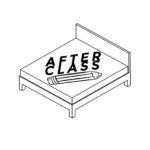 Well, good evening, folks- especially to the single people out there. Tonight on Keeg 'n Roccs, as usual, DJ Roccs was a little busy. This fine evening, he actually had a Valentine's Day date! It was with none other than his- ahem- right hand. Also as per usual, Dan-J replaced him. First things first, here's the playlist. We started off the conversation with a really … END_OF_DOCUMENT_TOKEN_TO_BE_REPLACED

In 2016, Kanye West had undergone various issues when he had received massive dislikes for being in favour of Donald Trump for president as well as continuing aggressive behaviour with the media. His decision towards his work had set him up for one of the biggest financial risks of his career regarding the fact that he had unexpectedly canceled his infamous "Saint Pablo" tour … END_OF_DOCUMENT_TOKEN_TO_BE_REPLACED