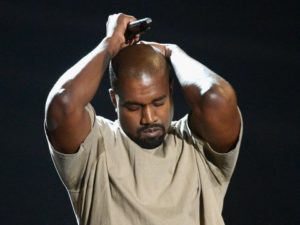 In 2016, Kanye West had undergone various issues when he had received massive dislikes for being in favour of Donald Trump for president as well as continuing aggressive behaviour with the media. His decision towards his work had set him up for one of the biggest financial risks of his career regarding the fact that he had unexpectedly canceled his infamous “Saint Pablo” tour last year.

Late last year, Kanye had cancelled his shows within LA. It came to media’s attention a bit after that Kanye had then been hospitalized only a short time after within that duration of time due to his mental state.

In return West had received alot of backlash from his fans who had purchased tickets. Not only had he gotten heat from many people that admire his music, his insurance company was at stake with at how much he lost. Although the issue had been going on for a while, the legal matters are finally settled.

Going into the specifics, Lloyd’s of London was his insurance company and in the result of Kanye’s sudden cancellation of his tour, they chose to not pay for the losses that came from it. Lloyd’s of London continued to reason their side of the story stating that the influence of substance abuse came from the result of Kanye West’s decision to cancel his tour. Under these circumstances, Kanye’s touring company sued his insurance for over approximately ten million dollars. After Kanye’s touring company sued, in return, the insurance company sued them back for the unreasonable loss of a lot of money from his decision to cancel the “Saint Pablo” tour.

Recently, both opposing parties were able to settle a legal agreement. Kanye has also been seen in this following year, happy and showing great improvement. Rumours have it that he is even working on a new project. There’s one thing you need to know about Kanye West and that is, just when you think it can’t get better, Yeezus makes it possible to create even better music.

The Rap Up: Brantford Edition, Episode 25