Meek Mill on the day after the super bowl attained 1.4 million streams off of his well known song “Dreams and Nightmares”. During the superbowl, Meek’s city, Philly, was part of the big game. They ended up entering the stadium to the song. This is a proud moment for Meek, even though he was not able to be there, because of how much he reps his city. After Philly’s win, it is almost as if the song became an anthem for the city, as streams increased like crazy. Meek Mill released a statement that he was proud of his city and happy that the Eagles got the W. It’s good to see Meek getting a win as well with the streams of his song.

Artist of the Week- DJ Khaled

Our artist of the week was DJ Khaled and it was a bit different than our usual rappers. We love him for his goofiness and how he doesn’t take himself too serious. We all agreed that his music always stayed on the charts and how his albums always have a song or two that are guaranteed to blow up. His marketing genius truly came out last year, when he started posting Snapchats that everyone was watching, and laughing at. We’re excited to see what him and his son Asad do next not simply for new music but for some antics as well, and cannot wait to hear until he announces a date for his next album.

The Black Panther soundtrack was released earlier this week and we at the Rap Up could not be more pleased. This star studded soundtrack featured numerous different rappers, r&b singers and artists all of whom support not only the movie but the movement. Some of these artists include Travis Scott, Ab-Soul, Jorja Smith, Swae Lee, Khalid and of course Kendrick Lamar who is featured on two of our favourite songs “King’s Dead” and “Pray for Me” alongside The Weeknd. Kendrick Lamar has also played a large part in the production side of this album. This soundtrack was very impressive for a movie soundtrack and has left us super excited for the movie Black Panthers which releases in Canada this Friday on February 16th 2018. So check it out! 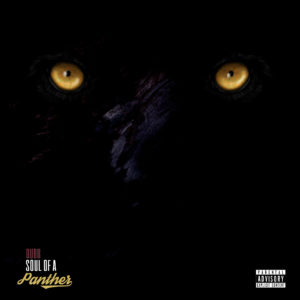 All I do is Win- Dj Khaled